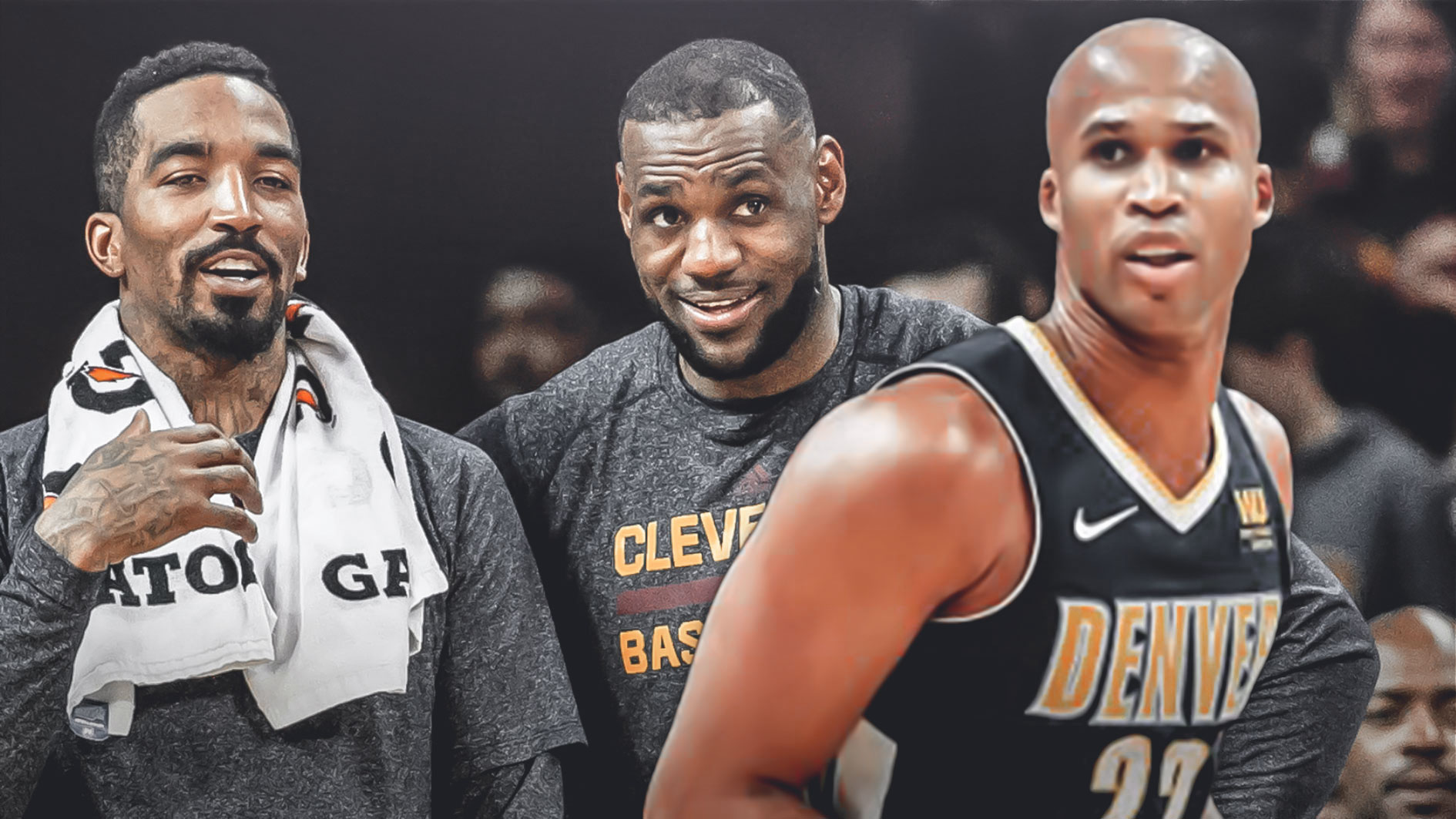 The Cleveland Cavaliers are heading home now after winning the first two games in Toronto and taking a 2-0 lead over the Raptors. With Games 3 and 4 on deck for the Cavs with their raucous fans ready to cheer them on, despite a lot of work still yet to be done, a sweep may very well be on hand.

For their next two home games, the Cavs will have a special guest on hand attending. Former Cavaliers forward Richard Jefferson, who helped Cleveland to it’s first NBA Championship in 2016, will be watching and working their pregame and postgame shows for Fox Sports Ohio.

Richard Jefferson will be back at The Q doing pre and postgame work for @FOXSportsOH for Games 3 and 4 of the Raptors series. No word yet on if he’s bringing Lil Kev with him.

Many will remember Jefferson for his crucial play in the 2016 NBA Finals; he only averaged 5.7 points, 5.3 rebounds, and 1.3 steals per game on 51.6 percent shooting from the field in the championship round, but his versatility allowed the Cavs to play strong lineups alongside LeBron James and Kyrie Irving to counter the Golden State Warriors lineups.

In Game 1, a game in which LeBron James said he had his worst performance of the playoffs, the Cavs went on to defeat the Toronto Raptors 113-112 behind James’ 26 points, 11 rebounds, and 13 assists. In Game 2, James put up another big line with 43 points, eight rebounds, and 14 assists, but also got a ton of help with Kevin Love chipping in 31 points and 11 rebounds, easily his best game of the postseason.

Will Jefferson help the Cavs and provide some more luck in Games 3 and 4? Cavs fans sure hope so. JUST IN: Three players who can make the biggest leap for Cleveland in 2019
Related TopicsCavsNuggetsRaptorsRichard Jefferson