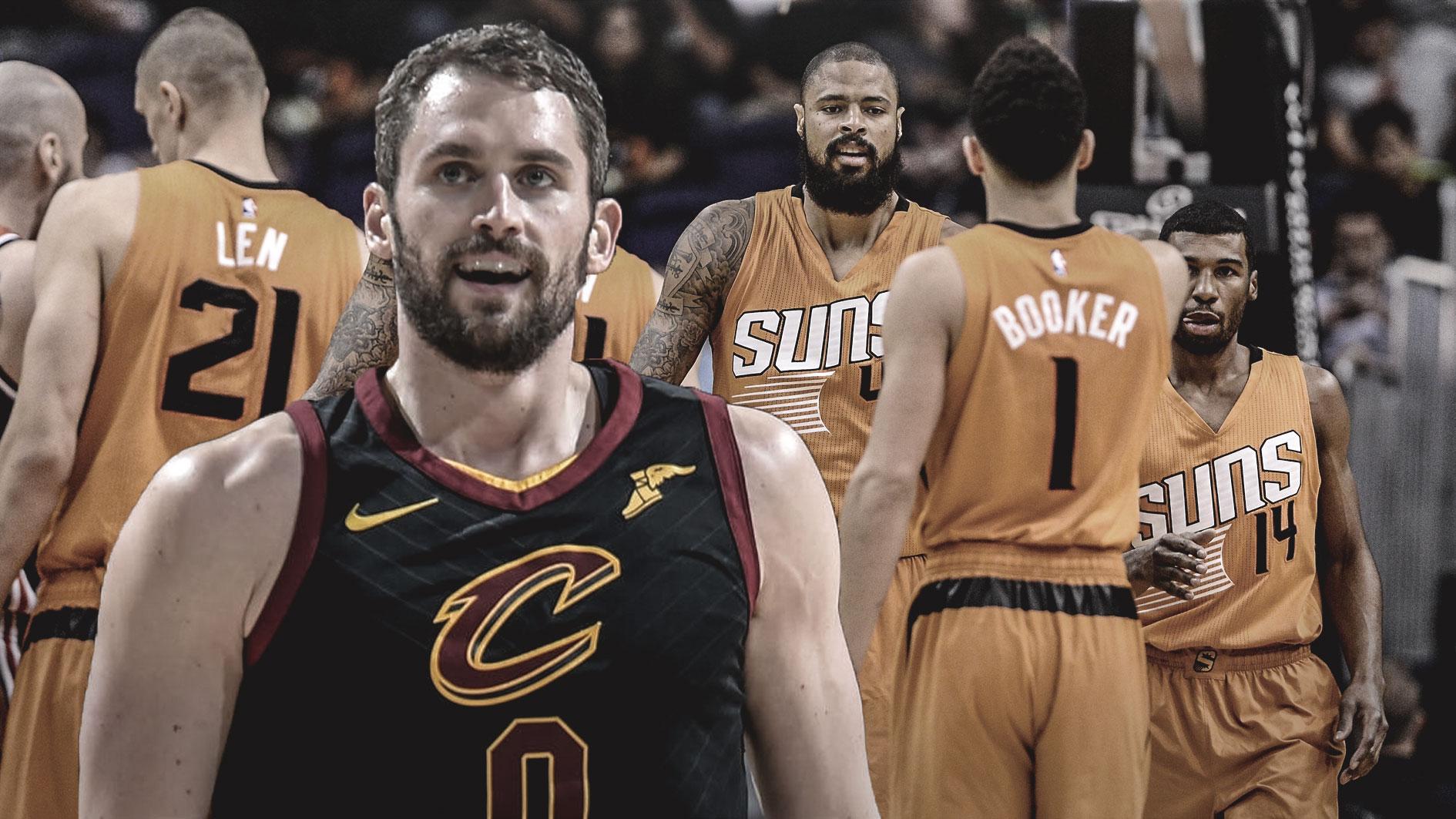 The Cleveland Cavaliers have no plans of sending Kevin Love to the Sonoran Desert nor are the Phoenix Suns interested in acquiring the All-Star big man via a trade. John Gambadoro ArizonaSports.com helped squash rumors of Love being shipped by the Cavs to Phoenix by categorically refuting such reports.

There is no truth to the absurd rumors of the Suns making a blockbuster trade for Kevin Love with Cleveland. Nothing there.

The weird part about this story is that there haven’t been any Cavs/Suns rumors today or over the last couple of days. In fact, since NBA Draft day, ESPN’s Dave McMenamin said that the Cavs wanted to hold onto Love instead of trading him.

After spending a No. 1 overall pick to select Deandre Ayton as the top of his class in last week’s NBA Draft, the Suns are not in a rush to look for a big man. While they are not going to bring back Alex Len, they still have veteran Tyson Chandler in the fold to help nurture Ayton and provide frontcourt depth for the team.

The Cavs, on the other hand, will find more use for Love if LeBron James decided to pack his bags and head somewhere else this offseason. Love is coming off a solid season in which he averaged 17.6 points and 9.3 rebounds while shooting 45.8 percent from the field and 41.5 percent from distance. Those numbers are likely to improve should James leave, in which case Love stands to inherit most of the four-time MVP’s usage rate.

The Cavs can still deal Kevin Love away prior to next year’s trade deadline, but as of right now, they are not showing any interest in moving the sweet-shooting big man, who is about to turn 30 this coming September.

Love has two more years left in his contract before being eligible for free agency in the summer of 2020.