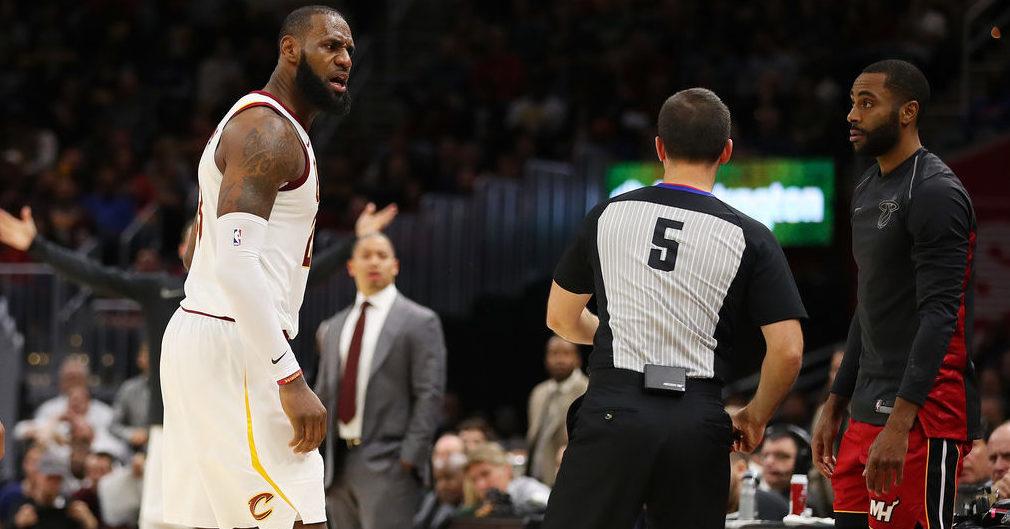 The King got temporarily dislodged from his throne Tuesday when Cleveland Cavaliers forward LeBron James was thrown out from the court by referee Kane Fitzgerald, who was working the game between the Cavs and the Miami Heat.

James’ ejection happened in the third quarter when the four-time MVP became animated in voicing out his displeasure to Fitzgerald following a non-call from the game officials over what he felt was a foul during a driving play. Prior to that, James stole the ball from the Heat and dribbled the length of the court for a layup, which was contested by a pair of Miami players in Dion Waiters and James Johnson. It was just the first time in his NBA career that James was ejected.

Fitzgerald was asked a few questions after the game to clarify and explain the thought process behind his decision to prematurely end LeBron James’ night.

Via Nikki Goel of ClutchPoints:

Referees have different length of leashes when it comes to charging players with technical fouls, but apparently for Fitzgerald, James’ actions were a bit excessive for him.

Fortunately for the Cavs, they were able to weather the Heat sans James, as they eked out a 108-97 win to extend their unbeaten streak to nine games. James left the contest with 21 points, 12 rebounds, six assists, and five steals in 28 minutes of action.

LeBron James and the Cavs will try to win their 10th straight game this Thursday against the Atlanta Hawks on the road.