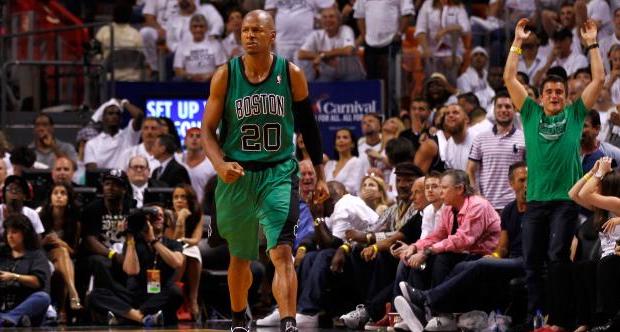 The blockbuster trade centered around Isaiah Thomas and Kyrie Irving is continuing to draw the opinion of many, making players, coaches, and other members of the basketball community give out their takes on the matter.

Former Boston Celtics player Ray Allen is the latest one to chime in on the conversation, as he took to his Instagram account to post a fiery opinion about the trade. He shared a screenshot of Caron Butler’s previous post, and placed a caption that fired a shot directed to the C’s and to those who take it against players when leaving teams.

Allen’s comments stemmed from the sacrifices Isaiah Thomas made this past season, as he struggled to contain his emotions following the tragic death of her sister in a car accident. However, Thomas still found a way to muster enough strength to help his team’s cause and played with a heavy heart.

The unfortunate development with his family even served as an inspiration for him to play even better.

But since the team does it I guess it's just business. Smh!! It is just a business so when the teams do it there's no difference when the players do it! Remember that!! @caronbutler thanks for the post my brother #facts stay strong @isaiahthomas

It’s also worth noting that the 5-foot-9 point guard has been vocal about wanting to sign a max contract summer, which could’ve been one of the reasons the Celtics traded him. They may not be ready to pay him that amount and fit it in their books, leading to them pursuing Kyrie Irving from the Cavs.

Perhaps for Ray Allen, who was chastised for ditching the Celtics for the Miami Heat, Thomas’ case serves as an example of the double standard that lies among others when it comes to players leaving teams compared teams trading players.