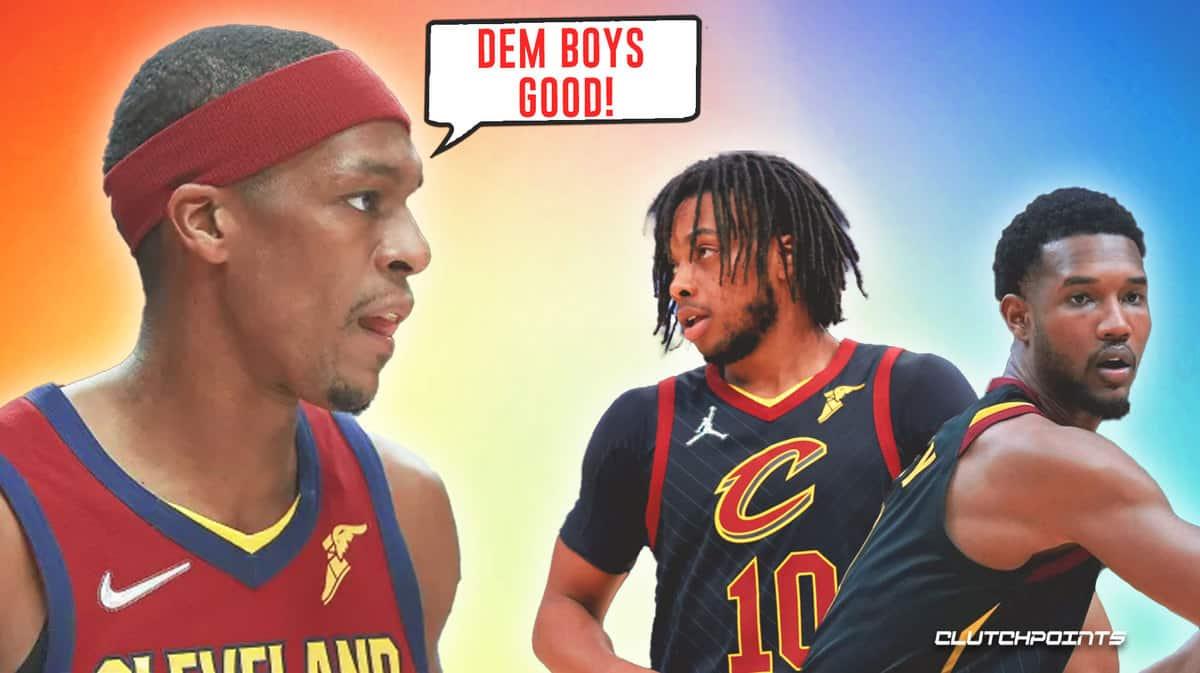 The Cleveland Cavaliers’ surprising rise continues this season. A team considered to be in their “rebuilding” phase has been completely ahead of their schedule. A hot start to their season and sustained production has been key to them retaining the fourth seed in a highly-competitive Eastern Conference.

A lot of the Cavs’ success this season is due to their young stars. Even their vets know it too. Rajon Rondo, in a recent interview, talked highly about Darius Garland and rookie stud Evan Mobley. Here’s what Rondo had to say about these two. (via SerenaWinters)

‘Right now, I think he is the best closer in the game & I played with a lot of talented players.

The way he puts the weight on his shoulders…I think it’s the best stretch of basketball I’ve seen a PG play at 21 years old.”#LetEmKnow

"He might be the most talented rookie I’ve every played with, being able to control so many things on the court, even without scoring the basketball.” #LetEmKnow#NBA#RookieOfTheYear

Evan Mobley was drafted third overall in this year’s draft by the Cavs. A lot of expectations was placed on this young forward/center, and he’s delivered for them and then some. He’s one of the frontrunners for the Rookie of the Year trophy, and he hasn’t looked out of place in the NBA like rookies typically do.

On the other hand, Darius Garland is having a breakout season this year. Drafted fifth overall by the Cavs in 2019, Garland has been overlooked due to Cleveland’s lack of success. This year, though, he’s proving that he deserved that fifth pick the team used on him. Losing his backcourt mate Colin Sexton has only served to put a spotlight on his excellence.

Because of them, the Cavs are poised to make it back to the playoffs after a rather lengthy rebuild. The team has been incredibly lucky to draft these two young studs. With them at the helm, this team is looking mighty scary in the future. It could spur the front office to make win-now moves at the deadline.