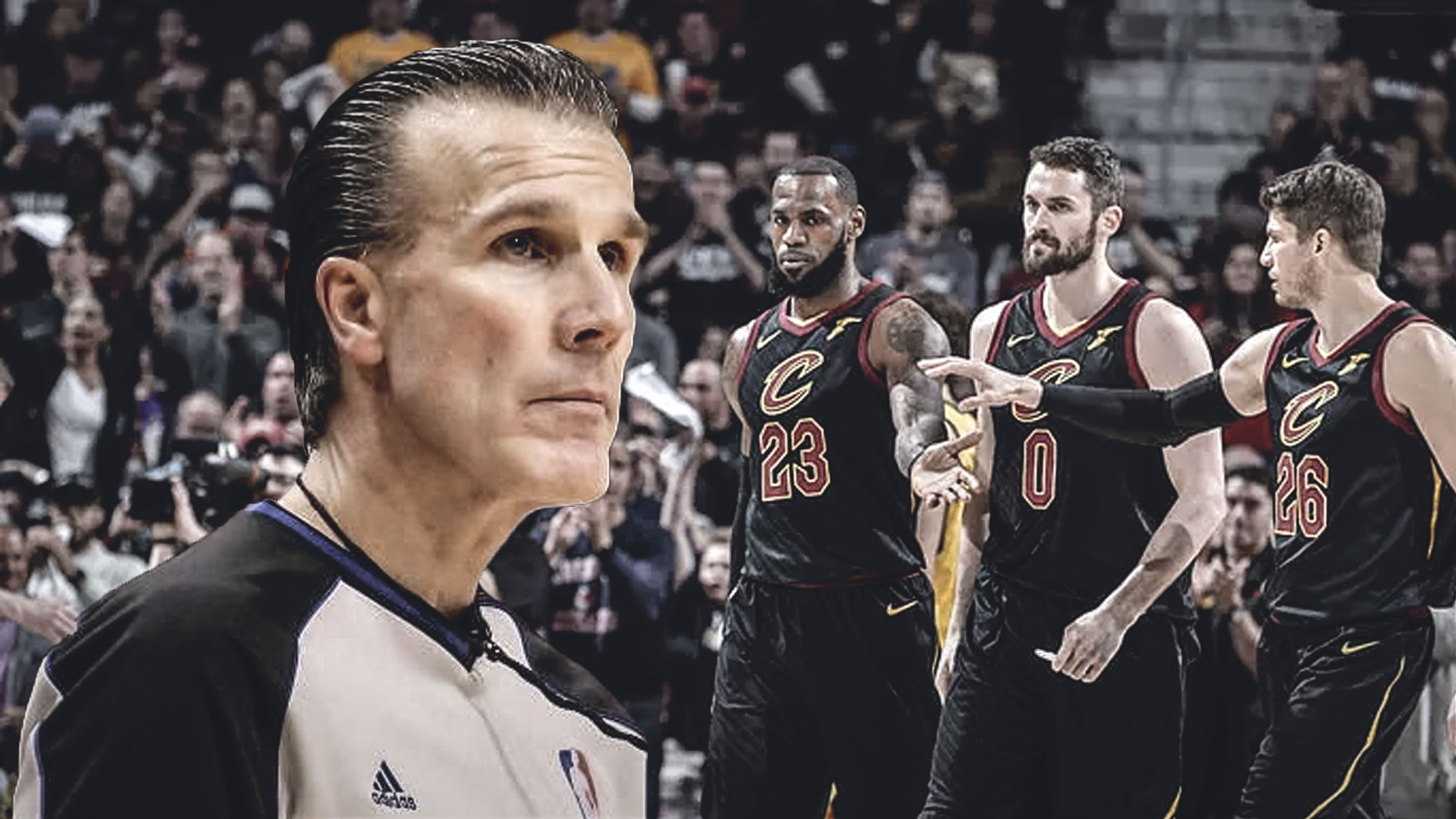 The Cleveland Cavaliers locker room was a den of frustration after a 124-114 overtime loss to the Golden State Warriors in Game 1 of the NBA Finals.

The Cavs were hindered by a last-minute replay review of a call on LeBron James, who attempted to draw a charge on a driving Kevin Durant, initially called as one, but later changed into a blocking foul as the referee crew determined James was indeed outside the restricted area, but also drifting left toward Durant, deemed not in legal position to take the charge.

ESPN’s Dave McMenamin described the somber atmosphere in the visitors’ locker room, as Cavs players denounced Mauer, who overturned the call after a lengthy review.

“Four words I’ve heard more than once being muttered under Cleveland personnel’s breaths in the Cavs postgame locker room: “Ken Mauer f***ed us.”

The Cavs had a potential game-winning defensive play in their favor with a two-point lead and only 36.4 seconds left in regulation, but the game swung in momentum once Durant made two clutch free throws to tie the game at 104 apiece.

James and Stephen Curry would trade layups at the rim, with Curry finishing a three-point play opportunity and giving Golden State a one-point lead with 23.5 seconds left.

George Hill was impeded for a back cut and split two free throws with 4.7 seconds left, making the first and missing the second short, leading to a J.R. Smith offensive rebound and what’s bound to go down as a major catastrophe in Cleveland sports if this ends up being a close series.

Mauer’s decision to overturn the call likely killed any hope the Cavs had during the winding seconds, but if Hill, an 81-percent free-throw shooter made the last free throw, this would’ve been an afterthought. 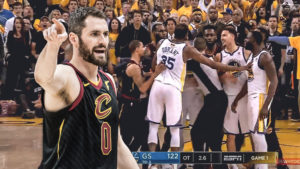 JUST IN: Video: Kevin Love could be suspended for Game 2 for leaving bench
Related TopicsCavaliersNBA Finals