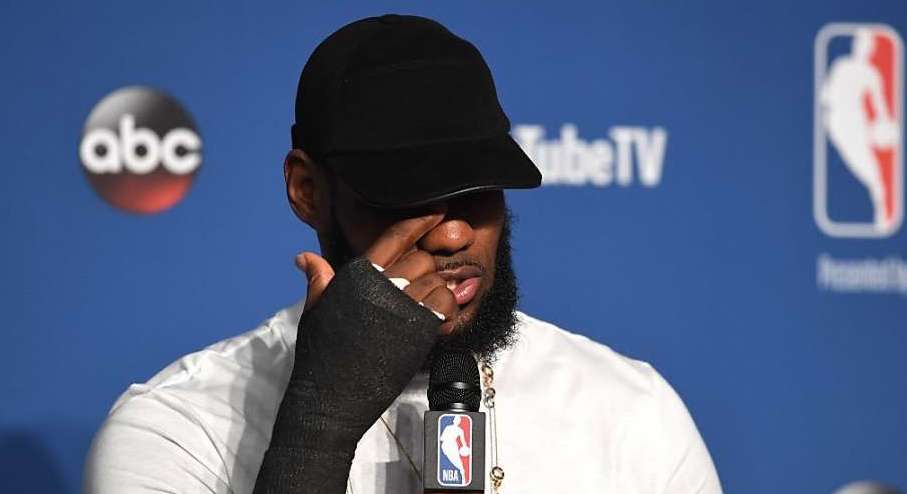 Doubts have been placed on LeBron James on whether or not his hand was really broken. To put everything to rest below is a photographic investigation of James’ injured hand. Did he fake it to gain sympathy? Or did he really play in the NBA Finals with a handicap?

Michael Hurley of CBS Boston culled several photos from Game 1 to Game 4, focusing in on James’ right hand — the hand which he claimed was injured after he punched a whiteboard out of frustration after Game 1.

Per Chris Barnewall of CBS Sports, James told the media what happened:

“What happened? Self-inflicted, post-game after Game 1. Very emotional, for a lot of different reasons. Understanding how important Game 1 is on the road for our ballclub, what would that have done for us. The way we played, the calls that was made throughout the course of that game, I had emotions on the game was taken away from us. I had emotions of you just don’t get opportunities like this on the road, versus Golden State, to be able to get a Game 1. And I let the emotions get the best of me. I pretty much played the last three games with a broken hand, so that’s what it is.”

The video below shows James in the post-game press interview where his hand looks perfectly fine:

LeBron James walked out of his post-game press conference after he was asked about J.R. Smith’s state of mind on the final play of regulation. pic.twitter.com/BSpNydaddA

Come Game 2, however, it became pretty evident that his right hand was swollen:

Finally, in Game 4. As observed, the swelling is still there but not as worse as two games prior:

Many were quick to conclude that James’ broken hand was just one of those tactics employed by his crew, probably to gain some sort of sympathy. But the evidence presented above has made it clear. 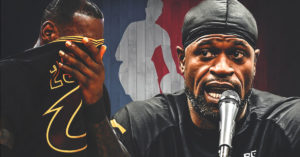