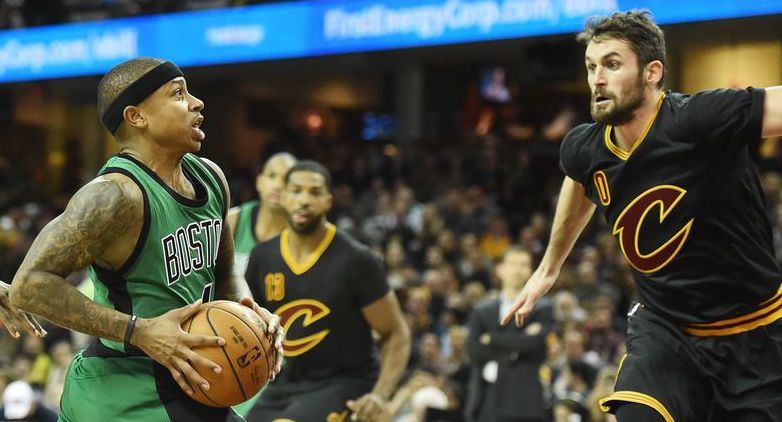 By now, most hoops fans have heard that the Eastern Conference champion Cleveland Cavaliers decided to pull the trigger on a trade deal with the Boston Celtics on Tuesday. The Cavs are sending All-Star point guard Kyrie Irving to the Celtics for Isaiah Thomas, Jae Crowder, Ante Zizic, and a protected first round pick (Brooklyn Nets) in next year’s NBA Draft.

Changing teams can be a tall order for any athlete, but Thomas’ transition to the Cavs may be a bit easier due to the fact that he already has a close friend on the team in Kevin Love. As it turns out, Love and Thomas go way back. In fact, the two stars have known one another since the age of 16, when they were teammates on an AAU team in 2005. Now, more than a decade later, the two companions will be reunited.

According to Scott Patsko of Cleveland.com, Thomas, a native of Curtis, Wash., would travel nearly three hours by train to Portland, Ore., to stay with Love and his family.

“Kevin and his dad, Stan, they would come pick me up and I would stay the weekend at his house so I could play on that AAU team,” Thomas told The Vertical podcast earlier this year. “It’s something that me and Kevin, we’ll talk about. It’s crazy that we’re both in the NBA and he is at the level he’s at, and I’m doing pretty well. To be able to say that I used to go to his house every other weekend and stay the night, and his parents used to cook dinner, and all that type of thing, it’s crazy to see that.”

Love went on to become a stand-out UCLA Bruin, and Thomas played for the Huskies at the University of Washington. However, the two friends never had the chance to meet in Pac-10 play, as Love left for the NBA after his lone season in college. Thomas arrived at Washington one year later. Now, in a nice twist of fate, these two friends will be teammates again. 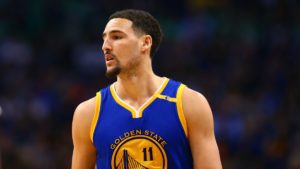