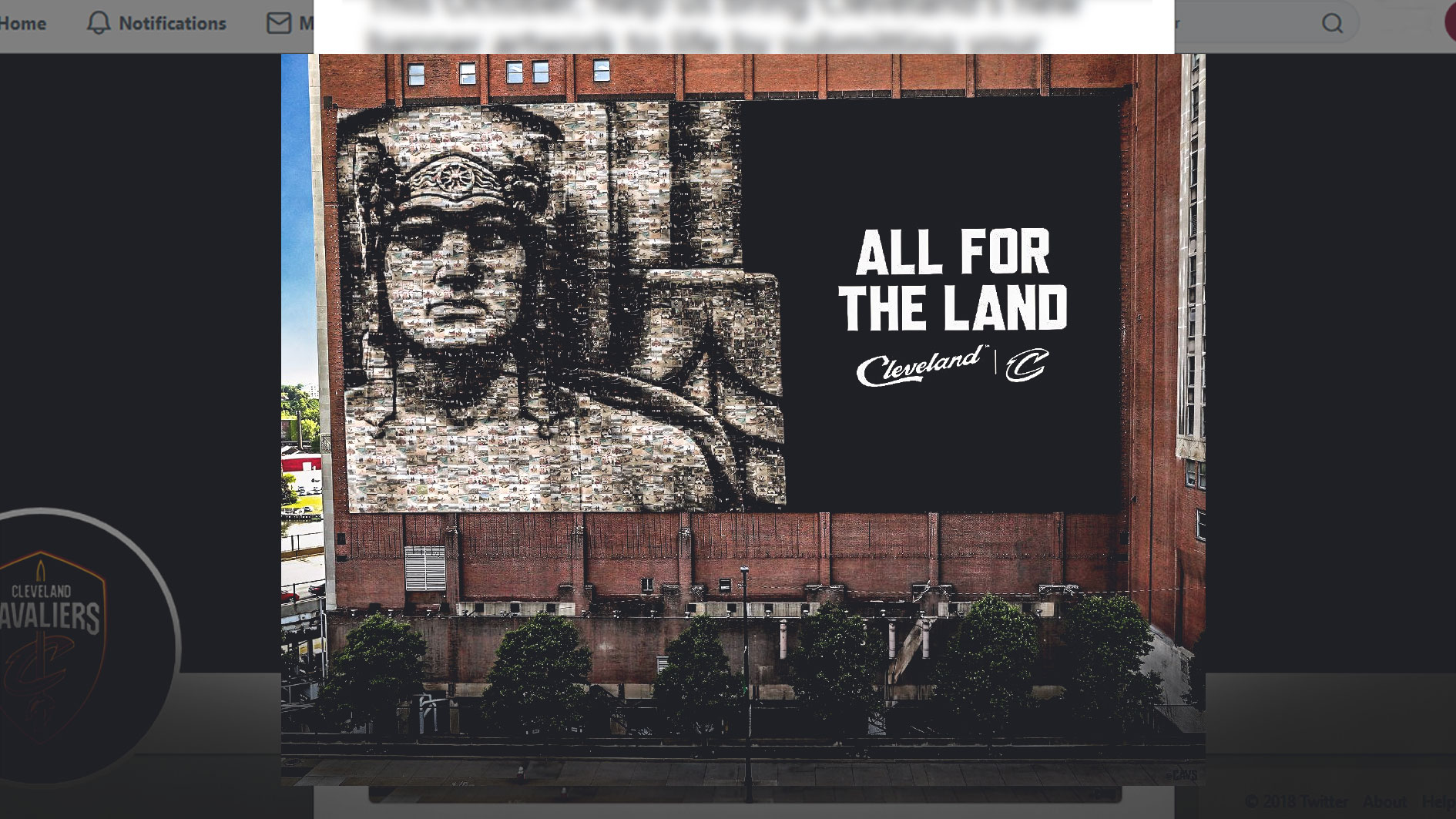 Cleveland Cavaliers CEO Len Komorowski stood before the Cleveland Planning Commission on Friday morning to propose a new banner for the LeBron James variant that once hung from the Sherwin-Williams building across from Quicken Loans Arena. Cavs fans were not happy.

Your #AllForTheLand spirit has inspired us, @CavsWGNation.
This October, help us bring Cleveland’s new banner artwork to life by submitting your photo to show how you celebrate The Land!
Learn more here → https://t.co/3CCE8qxTDA
Submit photo → https://t.co/DBWDRkcDkR pic.twitter.com/juJZHJkYGl

The statue pictured on the banner is one of Cleveland’s “Guardians of Traffic.” Two such statues — designed by sculptor Henry Hering and architect Frank Walker — stand on the Hope Memorial Bridge (formerly the Lorain–Carnegie Bridge), which leads to the city’s West side. The banner also bears the Cleveland Cavaliers and Destination Cleveland logos.

The Cavs’ proposal passed within the first 10 minutes of the meeting, with several city officials in unanimous favor of the design. Those on social media, however, had a different opinion.

Let’s take a look at some fan reactions.

Reaction to the new Cleveland banner that replaced the iconic LeBron pic…. pic.twitter.com/PfXVnxt2lc

I'm all for a new banner that represents the city of Cleveland and its athletes but using Olmec from Legends of the Hidden Temple isn’t going to cut it. pic.twitter.com/vsWZGsAk4a

A mosaic this big makes no sense since nobody will know it's a mosaic. The slogan is dumb. Why is it a banner and not a painted mural? Why not just Cleveland in script? Sigh. https://t.co/t5VKCWaldc

Though the new banner has received quite a bit of criticism on social media, the Cavs made it clear that their goal was to honor one of Cleveland’s iconic landmarks and represent the community in a respectful way.

As most hoops fans know, James’ banner was taken down in July, shortly after he announced his decision to play for the Los Angeles Lakers.

There is no official date set for the new banner’s unveiling, but team officials say it should be ready for the start of this season. 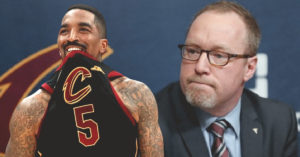