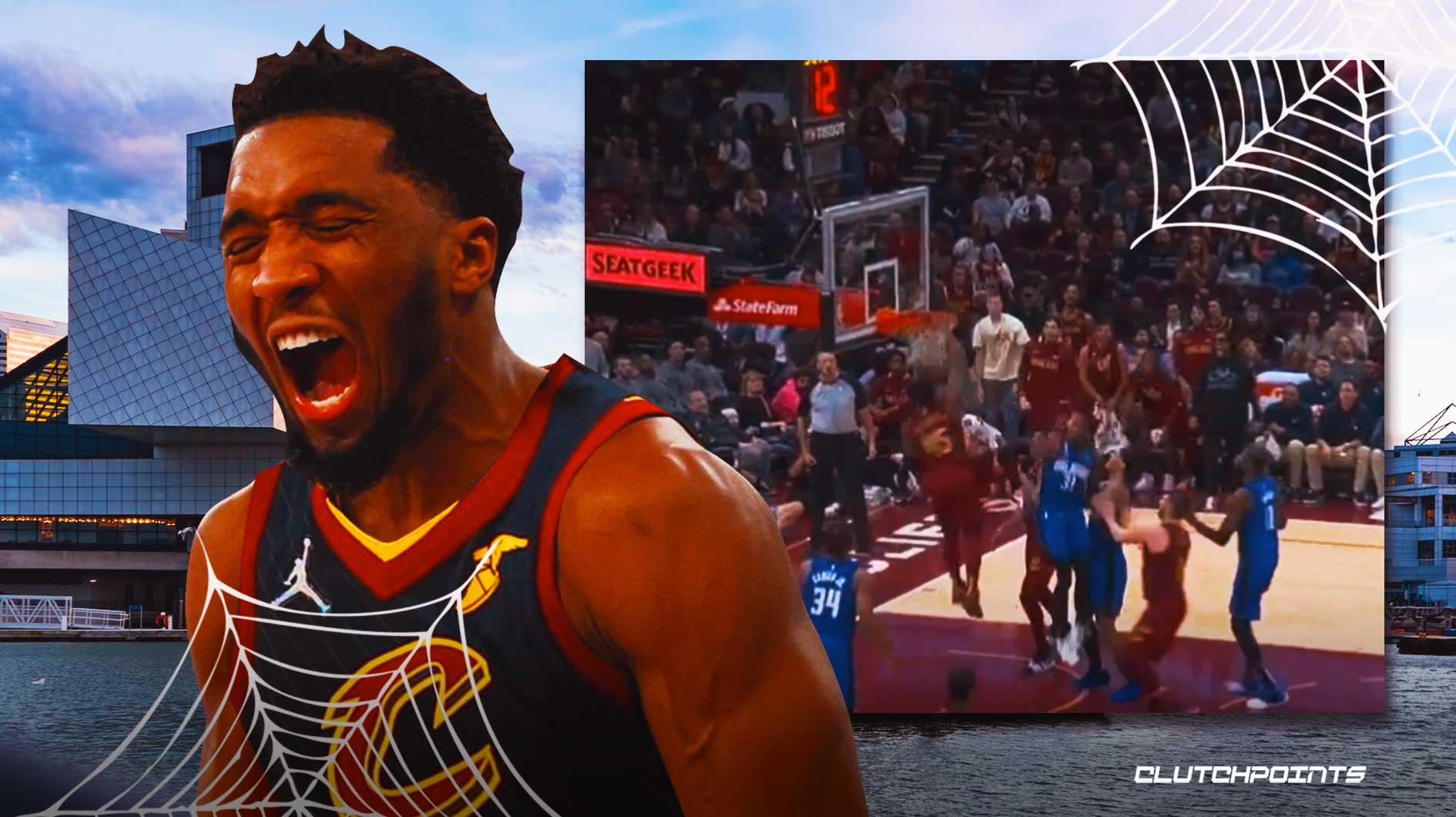 The Cleveland Cavaliers took a huge step towards legitimacy in the Eastern Conference when they acquired Donovan Mitchell from the Utah Jazz this off-season. Mitchell has been on a tear to start this season as the Cavs have started out 2-1. He accentuated that start on Wednesday with a jaw-dropping dunk that almost crushed Orlando Magic guard Terrence Ross.

Funny enough, Mitchell had been struggling with his shot against the Magic before this poster. Despite Mitchell not getting off to a strong start, Cavs fans took to social media in awe of the former 2018 slam dunk champ’s latest throw-down.

Rough first half for Donovan Mitchell, but that dunk was absolutely nasty!! #LetEmKnow

Before Wednesday’s game, Donovan Mitchell had certainly performed like the three-time All-Star he is. Through three games so far, Mitchell had been putting up 33.3 points per game, 5.3 rebounds and 7.0 assists, all career-highs. He had been shooting 49.3 percent from the field and 42.3 percent from the three-point line, also career-highs. He was getting to the free-throw line eight times a game and shooting 87.5 percent which are also career-best numbers.

Judging from the reactions, Cavs fans are thrilled with the addition of an All-Star caliber guard to their youthful roster. The Cavs took a big step last season posting a winning record for the first time since the 2017-18 season and finishing with the eighth seed in the Eastern Conference. They qualified for the NBA’s play-in tournament but ultimately did not make the postseason as they dropped consecutive games to the Brooklyn Nets and Atlanta Hawks.

With the addition of Mitchell, Cavs fans are hoping he can elevate the team and make a postseason run.