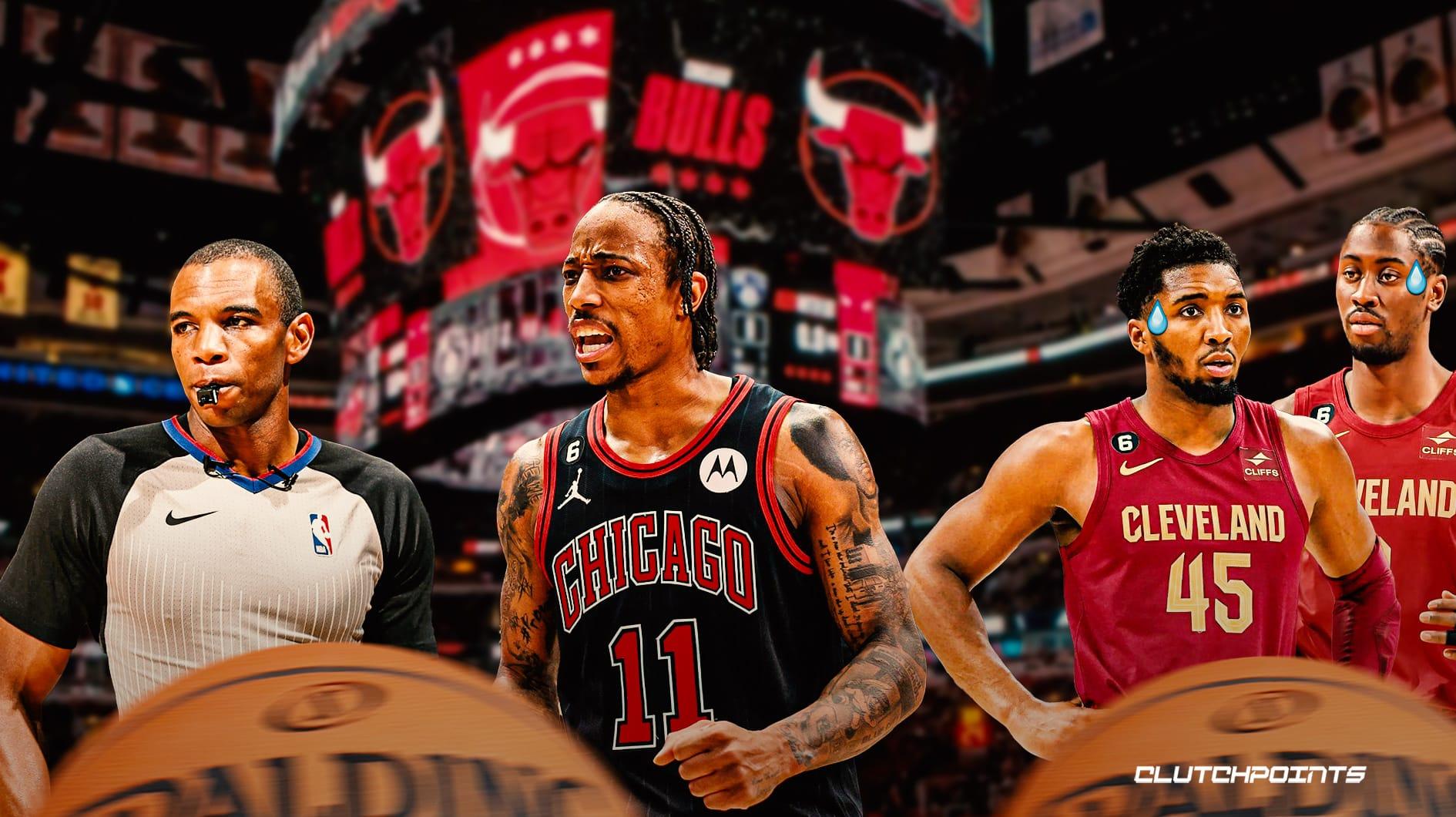 Chicago Bulls forward DeMar DeRozan was fouled by Cleveland Cavaliers guard Caris LeVert when he took a potential game-winning shot against the Cavs on Saturday, according to multiple sources.

DeRozan received an inbound pass from Bulls guard Alex Caruso, who was recently cleared from concussion protocol before a game against the Detroit Pistons, on the 3-point line right by the United Center logo. DeRozan faked a run to the right before sprinting with the ball to his left and heaving up a shot from the right short corner over both Caris LeVert and Cavs guard Donovan Mitchell. LeVert made contact with the 33-year-old forward’s left arm, affecting the release of his jump shot as DeRozan fell to the United Center floor.

It would be the second time this season the NBA’s two-minute report revealed DeMar DeRozan should have gone to the free throw line with a chance for a game-winner, NBC Sports Chicago Bulls insider K.C. Johnson wrote in a Sunday tweet. Wizards forward Anthony Gill initiated contact with his foot before DeRozan returned to the floor as he contested a 3-point shot in Capital One Arena with 2.6 seconds remaining.

An 88.8% free throw shooter over 36 games this season, DeRozan shot six free throws in overtime to seal a 119-113 win over the Milwaukee Bucks on Wednesday.

The two-minute report revealed a wide variety of results for the Cavs in the past. While a report revealed a crucial foul that gave forward Kevin Love two free throws against the Charlotte Hornets last February should not have been called, a collapse against the Los Angeles Clippers was ultimately sealed by two officiating mistakes in the final minutes of an early-November matchup.

The Cavs will face the Bulls again at 7 p.m. EST on Monday in Rocket Mortgage Fieldhouse. The game will be broadcasted on Bally Sports Ohio and NBC Sports Chicago.