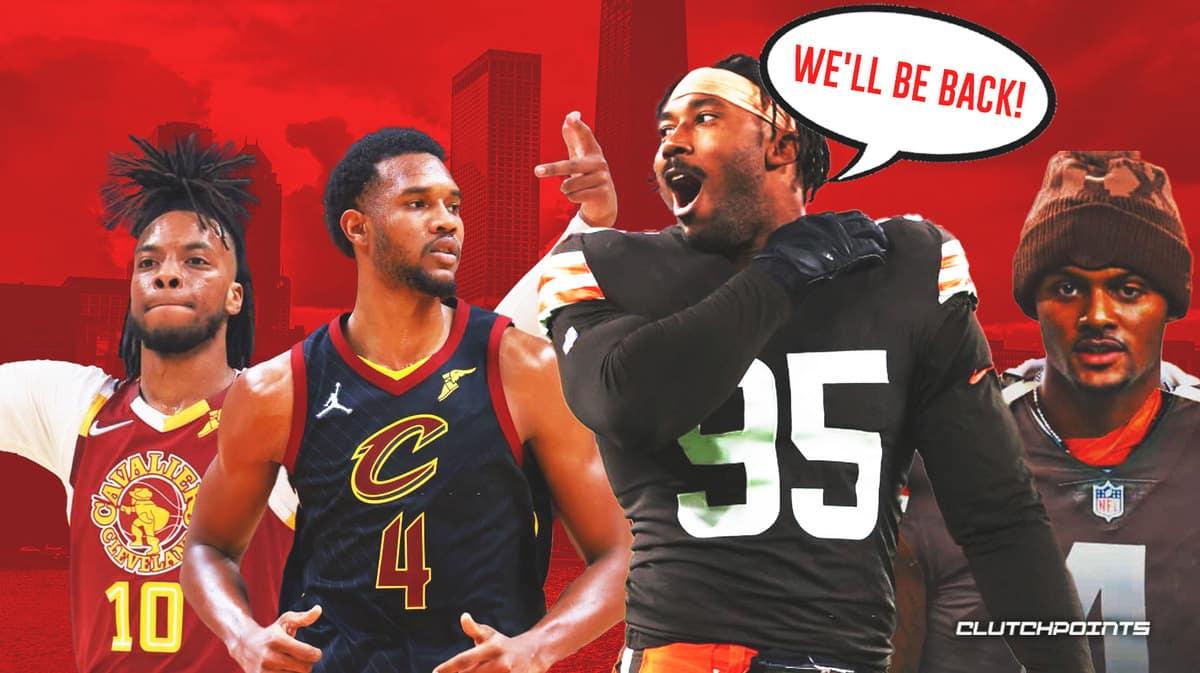 Man, Cleveland sports just can’t catch a break this season. The Cavaliers were poised to be one of the better teams in a suddenly competitive Eastern Conference. However, injuries to their key players derailed their season. As a result, the team lost in the Play-In Tournament twice, ending their postseason hopes.

At least one other Cleveland sports icon was watching the NBA team’s demise against Trae Young and the Hawks. Myles Garrett, the ferocious star edge rusher of the Browns, took to Twitter to console the Cavs, as well as send a chilling message to the NFL world with his statement.

The Cavs and the Browns have completely different trajectories in their respective leagues so far. For starters, Darius Garland and co. weren’t even supposed to be in this scenario. They were a young “rebuilding” team that was supposed to suck for at least one more year. Alas, behind the heroics of Garland, rookie sensation Evan Mobley, and Jarrett Allen, the team became a surprise contender.

The Browns, on the other hand, are coming off of a massively disappointing season. After making it to the Divisional Round in 2020, Cleveland suddenly floundered. As a result, the team immediately went on a turnaround, trading for controversial star quarterback Deshaun Watson. Now, they’re poised to be one of the better teams in the stacked AFC.

Hopefully, Cleveland sports goes through a renaissance at some point. The Cavs, the Guardians, and the Browns all being successful will have a profound impact on the city.