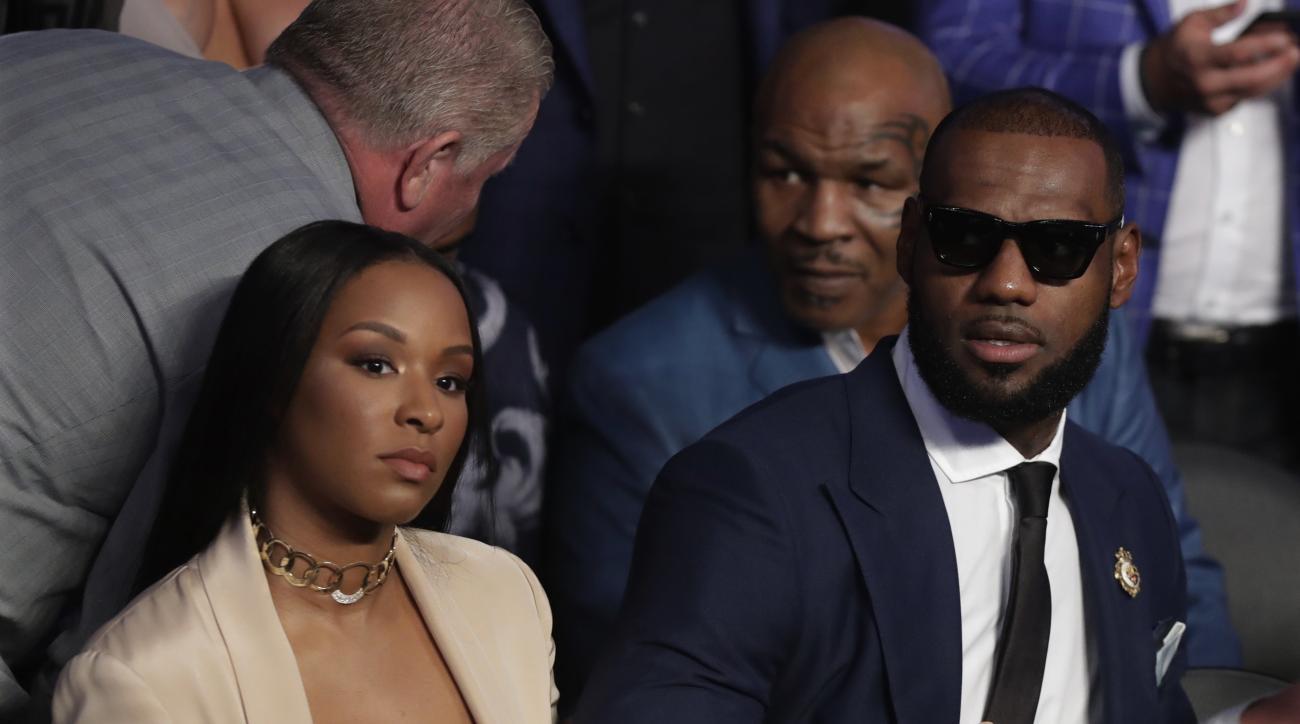 Mike Tyson is a giant of the sport of boxing, but even with a prime seat to the event of the year that saw undefeated champion Floyd Mayweather and UFC sensation Conor McGregor face off on Aug. 26, he was reduced to just another face in the crowd, sitting behind LeBron James.

The 5-foot-10 Tyson, who notoriously wore XXL-sized boxing gloves during his boxing career, was dwarfed by the 6-foot-8 Cleveland Cavaliers star forward, who was sitting a row ahead.

The candid ring legend explained how he had to often use the Jumbotron in a jam-packed T-Mobile arena to be able to watch the fight he likely shelled out thousands to come witness.

“He’s around 10-foot tall, so when he stood up, I looked up at the fight on the ceiling,” Tyson said in an interview with Sirius XM’s The Whoolywood Shuffle. “They had the little tubes on the ceiling, so I was watching the ceiling. I’m like, ‘God, this guy’s tall.'”

A 10-inch disparity will surely cause that frustration for the man known as Iron Mike, who was forced to find the best angle to the 10 rounds of action between the Irish challenger and the now-lone holder of a 50-0 record.