Cavs’ Matthew Dellavedova gets MVP chants in win over Knicks Matthew Dellavedova, who’s back with the Cleveland Cavaliers, got MVP chants from Cavs fans in the Wine and Gold’s win over the New York Knicks.

In his first game back at the Quicken Loans Arena, Dellavedova was tasked to seal the deal for his team by way of free throws. The Cleveland crowd encouraged the Australian by chanting MVP as he knocked down the feebies.

Check out the clip posted by FOX Sports Ohio:

After the game, teammate Larry Nance Jr. joined in the fun by chanting MVP over and over again right in front of his face. As observed, Matthew Dellavedova looked a bit embarrassed but felt genuinly happy that he’s back in Cleveland.

In the win, Dellavedova scored 15 points in 22 minutes. He also had four rebounds and three assists. More importantly, he helped the Cavs’ notch their seventh win of the season.

But it wasn’t just late in the game that the crowd warmly welcomed the 28-year-old. When he checked into the game in the first quarter, fans roared and gave him a standing ovation. Per Chris Fedor of cleveland.com, Dellavedova felt the love from the Cavs fanatics:

“I appreciate the love from everyone,” Dellavedova said recently. “Definitely makes me feel very welcome.”

Matthew Dellavedova and the Cavs will continue their homestand on Friday when they face the Milwaukee Bucks. 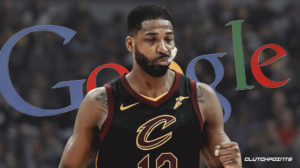