Matthew Dellavedova’s homecoming was not only to appease Cleveland Cavaliers fans but to jumpstart the development of Cavs rookie point guard Collin Sexton, who has struggled early on in the season.

Cleveland doesn’t have many players to surround Sexton to make him better. Kevin Love has been out with an injury and his name is floating around in trade rumors. How can Collin Sexton get better if he isn’t getting the proper experience?

The former NBA champion has a lot of pressure on his shoulders. But with the talent and improvement of Collin Sexton, he knows that he’s leaving a mark on the rookie:

“He understands he has a ways to go. These last couple of ball games he has shown terrific signs. I told him that. He’s starting to make other people better. That is the true essence of a good point guard… just finding ways to get other guys involved. Whether that’s through a play call or something like that or say if we score on a play then him recognizing to run the same play again or you know, hit the next option. Just trying to get him to I guess manipulate the game a little bit.”

Collin Sexton, on the season, is averaging 14.8 points, 3.1 rebounds, and 2.7 assists per game while shooting 42.4 percent from the field and 36.1 percent from deep. He’s proven that he can score when needed, but he needs to improve his playmaking ability. Only more reps and experience within coach Larry Drew’s offensive scheme will help him further.

As of this writing, the Cavs are 8-30 on the season and currently sit 15th in the NBA’s Eastern Conference. They will face off next against the Utah Jazz at home this upcoming Friday. 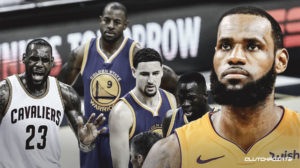