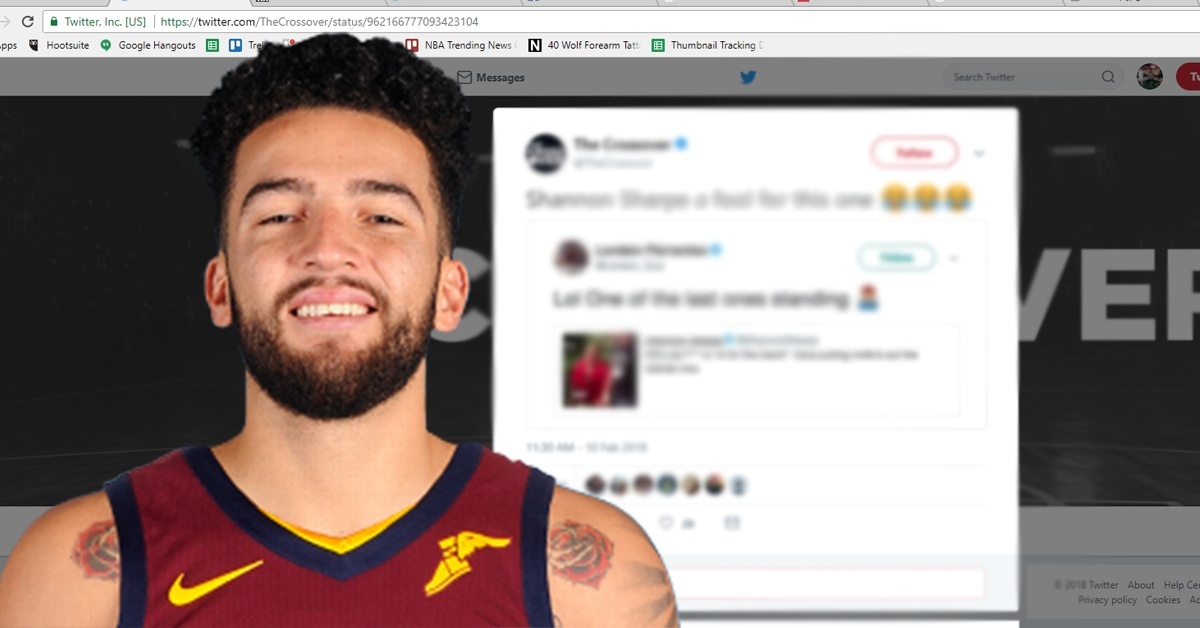 FS1 analyst and former NFL great Shannon Sharpe wasn’t quite sure who he was seeing on the floor in Friday night’s game between the Cleveland Cavaliers and Atlanta Hawks.

As most hoops fans know by now, the Cavs made wholesale changes to their roster before Thursday’s trade deadline, which left them a bit short-handed for Friday’s game in Atlanta. As a result, the team decided to call up two players from the Canton Charge (Cleveland’s G League affiliate) — John Holland and London Perrantes.

Obviously, Sharpe is unfamiliar with Perrantes’ game. The former University of Virginia standout has started in 30 games for the Charge this season, averaging 11.9 points, 7.6 assists and 1.1 steals in 36.4 minutes per game. Friday marked his second appearance with the Cavs, and he managed to record his first NBA assist.

Congrats London Perrantes @London_Tyus on your first NBA stat, an assist! Fitting as London is #7 in G League with 7.7apg #ChargeUp #Cavs

Perrantes, now 23 years of age, decided to respond to Sharpe’s tweet with a bit of humor.

Lol One of the last ones standing 🤷🏽‍♂️ https://t.co/oIUvtmF2P2

The Cavs, now the third-ranked team in the Eastern Conference standings with a 32-22 overall record, went on to defeat the Hawks on Friday night, 123-107.

The Cavs will be back in action on Sunday afternoon, as they’re scheduled to face the Boston Celtics inside TD Garden at 3:30 p.m. EST. with ABC having live broadcast coverage. 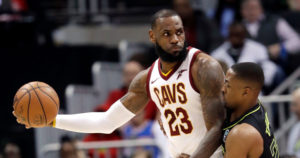