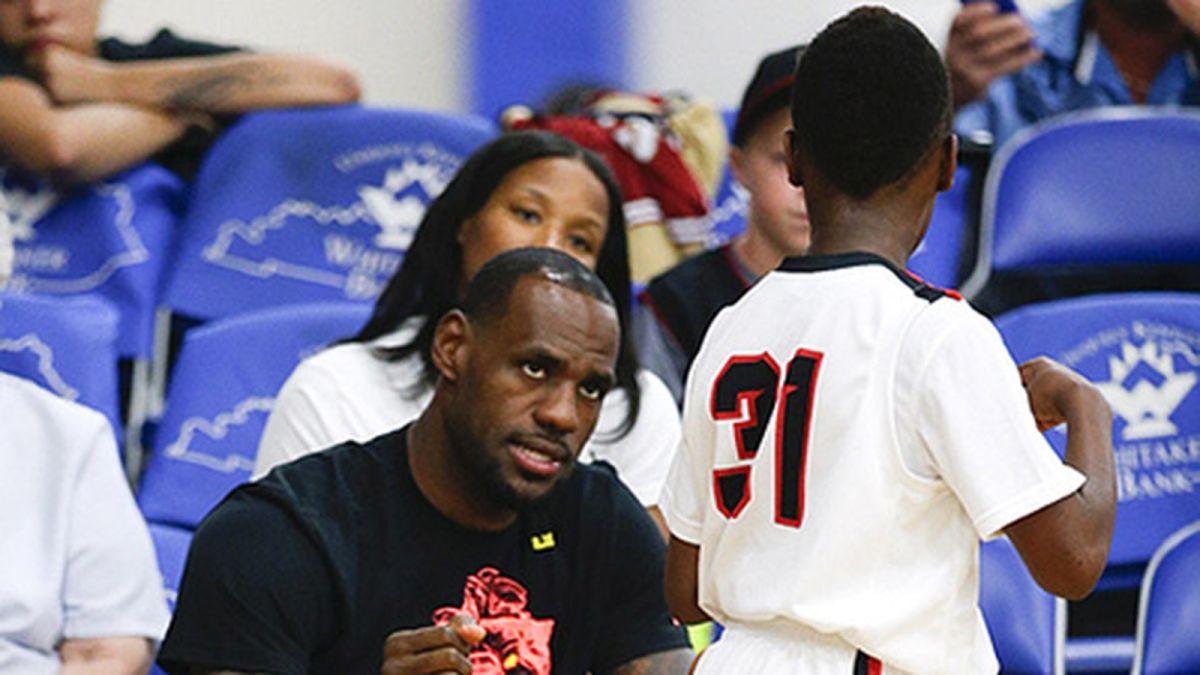 Without question, Cleveland Cavaliers superstar LeBron James has established himself as the greatest player in today’s NBA. However, his eldest son, LeBron Jr., also known as “Bronny,” is beginning to make waves on the court as well. Step-back jumpers, cross-over dribbles, and excellent court vision are just a few of the skills he already possesses.

James Jr., now 13 years of age, still has a few years ahead of him with regards to making an NBA roster, sure. Obviously, he’ll need to have one year of college hoops under his belt, per league rule. But if Jr. does make it to the pros, dad says he would love to face his son on the hardwood.

Via Mark Anthony Green of GQ:

“I don’t know if I could play washed, but I damn sure would love to stick around if my oldest son can have an opportunity to play against me. That’d be — that’d be the icing on the cake right there.”

While it’s true that James, now entering his 15th season, would like to play against his son in an NBA setting, the King has previously stated that he doesn’t want to rush the process.

Over the summer, Bronny led his AAU level basketball team, the North Coast Blue Chips, to the national championship at the 2017 Dru Joyce Shooting Stars Classic where he recorded several flashy highlights.

Whether or not James the elder will meet James the younger in an NBA game remains to be seen. The simple fact of it is: it’s uncharted territory. There has never been a father-son duo playing in the NBA at the same time. Will these two be the first? Only time will tell.