LeBron James would vote for himself in MVP race 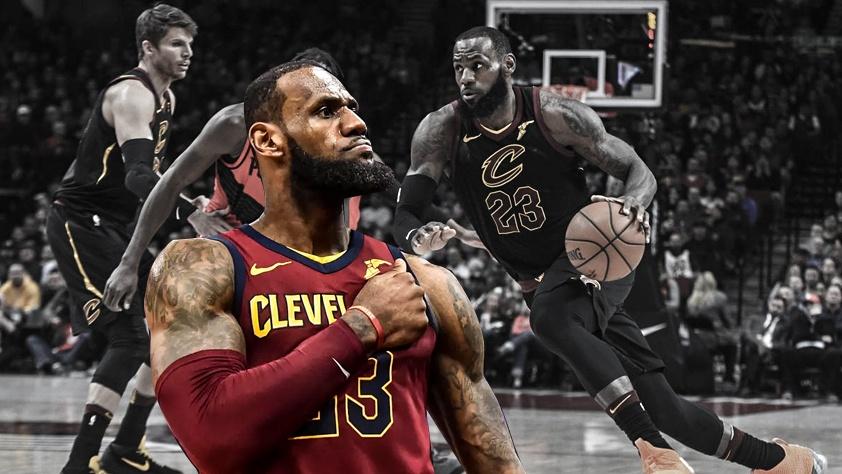 The shortlist for MVP candidacy is plenty short, with less than a handful of names thrown into the hat — James Harden, Damian Lillard, Anthony Davis — just to mention a few of those in the running. Following a resounding 98-79 loss to the Miami Heat, Cleveland Cavaliers forward LeBron James gave his surprising choice for this year’s Most Valuable Player.

“I would vote for me,” James told The Associated Press. “The body of work, how I’m doing it, what’s been happening with our team all year long, how we’ve got so many injuries and things of that nature, guys in and out, to be able to still keep this thing afloat, I definitely would vote me.”

James led a ghastly Cavs lineup with 18 points, seeing yet another injury bite them as Kevin Love exited seven minutes into the game.

The King’s numbers are undeniable, 27.4 points on a glowing 55 percent shooting, 9.1 assists, and 8.6 rebounds per game — all in his 15th season in the league — a fountain of youth like no other player have found in league history.

His friend and two-time former teammate Dwyane Wade agreed with his case for the most-coveted award.

“He’s continued to prove everybody wrong and find new levels,” said Wade. “In his 15th season, to be 33 years of age and to be playing the way he’s playing, as consistent as he’s playing, that is as impressive as anything that anybody has ever done.”

“At this point in my career, I’m just trying to break the mold, break the narrative of guys in their 15th year… I’m trying to do things that have never been done before,” James said. “It’s crazy because I’m not setting out to do it. It’s just kind of happening organically. I’m just training my body and training my mind and going out and playing and seeing what happens.”