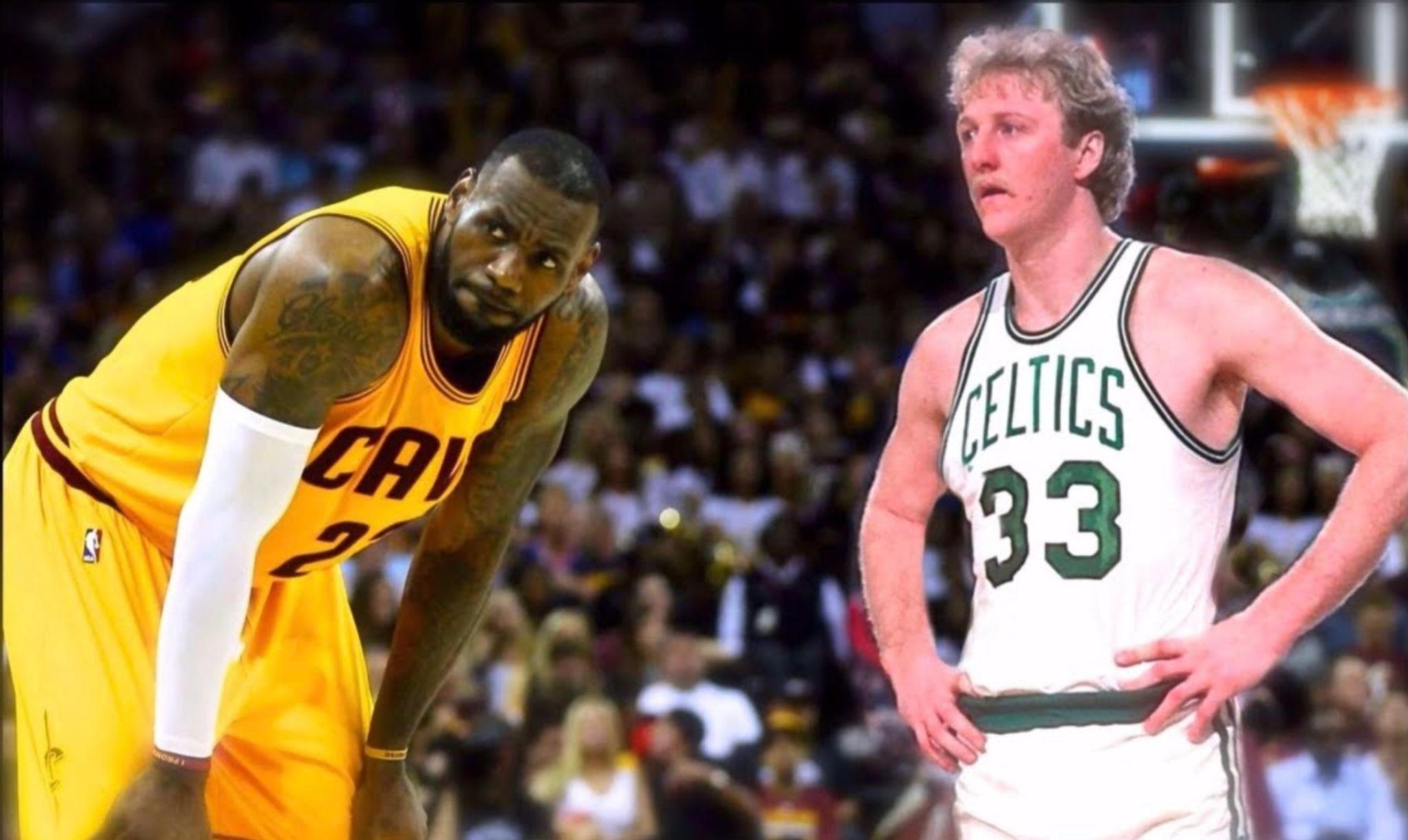 LeBron James recorded his 59th career triple-double tonight. That ties him with Larry Bird for 6th-most in NBA history.

During his post-game media availability, James was asked to comment on tying Bird in triple-double performances.

“He’s one of the greatest players to ever play the game,” James told Joe Vardon of cleveland.com. “Kid from French Lick. Boston. And one of the few guys to ever be in a 3-point contest and shoot with a warmup shirt on.”

As most hoops fans know, Bird, a 12-time All Star, is an all-time legend. The man won three championships with the Celtics. However, in the later stages of his career, back pain began to set in, and the French Lick, Indiana native’s game took a hit.

“He played until he couldn’t play no more. Obviously, we know that,” James said. “He just played until he literally couldn’t play the game no more. He gave everything he had. And for young guys that don’t know him, they think of Larry Bird as a jump shooter. But he was so much more than that. He was a passer. He averaged double digit rebounds. He defended. He took charges.”

In the past, James has stated that he looked up to several players as a child, including Scottie Pippen, George Gervin, Julius Irving, and Bird. The King says it’s an honor to be mentioned in the same breathe as Larry Legend.

“They kind of set the precedent of what it is to go out there as a professional and give it all,” James said. “So, I’ve always been a fan of Larry Bird and if I’m linked with any of the greats, especially like him, it’s pretty cool.”

LeBron James and the Cavs, winners in 16 of their last 17 games, will be back in action on Saturday night, when they kick off the first game of a back-to-back set with a match-up against the Utah Jazz inside Quicken Loans Arena. Tip-off is scheduled for 7:30 p.m. EST with Fox Sports Ohio having live broadcast coverage. Let’s see if they can keep their momentum rolling.