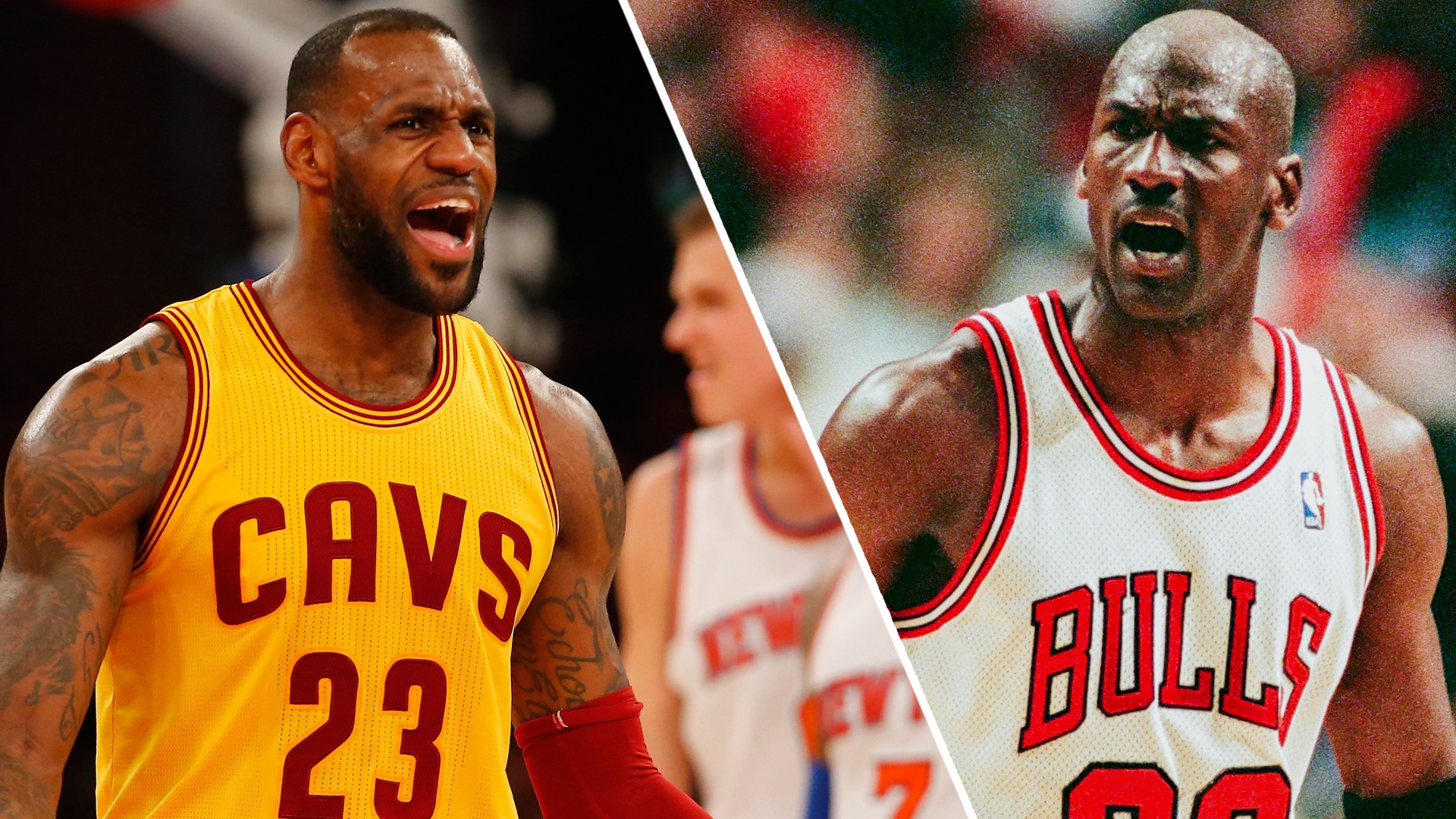 After winning his third NBA Championship in dramatic fashion by coming back from a 3-1 deficit in the Finals for the first time in NBA history, LeBron James’ legacy was cemented as one that would be able to challenge the Chicago Bulls’ legend Michael Jordan’s. He led his Cleveland Cavaliers in taking down a juggernaut in the 73-9 Golden State Warriors, which many considered to be one of the greatest accomplishments in the history of the game.

One year later, however, James fell short to a Warriors team even stronger than before after adding Kevin Durant to their core. With the loss, James was quickly brought back down to earth and distanced from Jordan due to his 3-5 NBA Finals record.

on Wednesday, Jordan answered questions from kids at this annual basketball, including one about whether he would take Kobe Bryant over LeBron James all time. To no one’s surprise, Jordan picked Bryant over James due to the logic that “five is more than three.” I mean, by that logic, players like Bill Russell and Robert Horry are better than Jordan, right?

Following that answer from Jordan, former Indiana Pacer/Toronto Raptor Jalen Rose spoke out about those very comments on his ESPN show ‘Jalen and Jacoby’ with David Jacoby. Here’s the exchange the two had about the topic, including why Jordan is still threatened by James and keeps bringing up the rings as his sole way to remain on top.

Jacoby: “Is Michael Jordan using counting rings as a measure of success just a way to sort of solidify his own legacy?”

Rose: “Yes. But also for fans, for media, and for players, that logic is so tired. And also just look at it this way. Robert Horry, who was never an All-Star, who is not in the Hall of Fame, has more rings than Michael Jordan.”

Jacoby: “And also I kind of feel like he is using picking Kobe over LeBron because he is somewhat threatened by LeBron. LeBron James’ last season was phenomenal. His Finals performance was like nothing we’ve ever seen before from a basketball player and I feel that there’s a little piece of Michael Jordan that’s threatened by LeBron James. Do you agree?”

“So Kobe Bryant was traded to the Lakers, but they’re a storied franchise. He got the chance to play with Shaquille O’Neal, the aforementioned Robert Horry, be coached by Phil Jackson, played with Pau Gasol. So while LeBron James continues to ascend, and it can be viewed as neck-and-neck right now if you’re going to say who’s better all-time between the two, but the logic again is dumbed down when you say, ‘Because he has more rings he’s a better player.'”