LeBron James shuts down any concern about his ankle LeBron James is fine. The Cleveland Cavaliers’ superstar tweaked his ankle after going for a layup attempt just before halftime of Wednesday’s Game 3 of the 2018 NBA Finals but managed to play through it the rest of the way.

Speaking with reporters following the 110-102 loss to the Golden State Warriors, James allayed any fears of him missing a must-win Game 4 this Friday, saying that he’s ready to play in the looming do-or-die showdown with the Warriors on the road, per Ben Golliver of Sports Illustrated.

LeBron James on his right ankle: "I twisted it pretty good but I'll be in the lineup on Friday."

LeBron James authored a historic triple-double stat line on Wednesday, but it was not good enough for him to will his team into a victory. James stuffed the stat sheets with 33 points, 10 rebounds, 11 assists, two blocks, and two assists in 47 minutes of floor duty. That James played in all but one minute in Game 3 obviously show how dependent the Cavs are on him, and if he’s going to sit out Game 4, it’s going to be hard to say with a straight face that Cleveland has a shot of extending the series to at least six games.

It’s going to take something short of a miracle for the Cavs to overcome that kind of series deficit and win it all in Game 7, but they don’t have a choice but to believe that they can still pull it off. 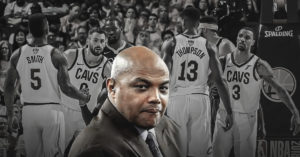