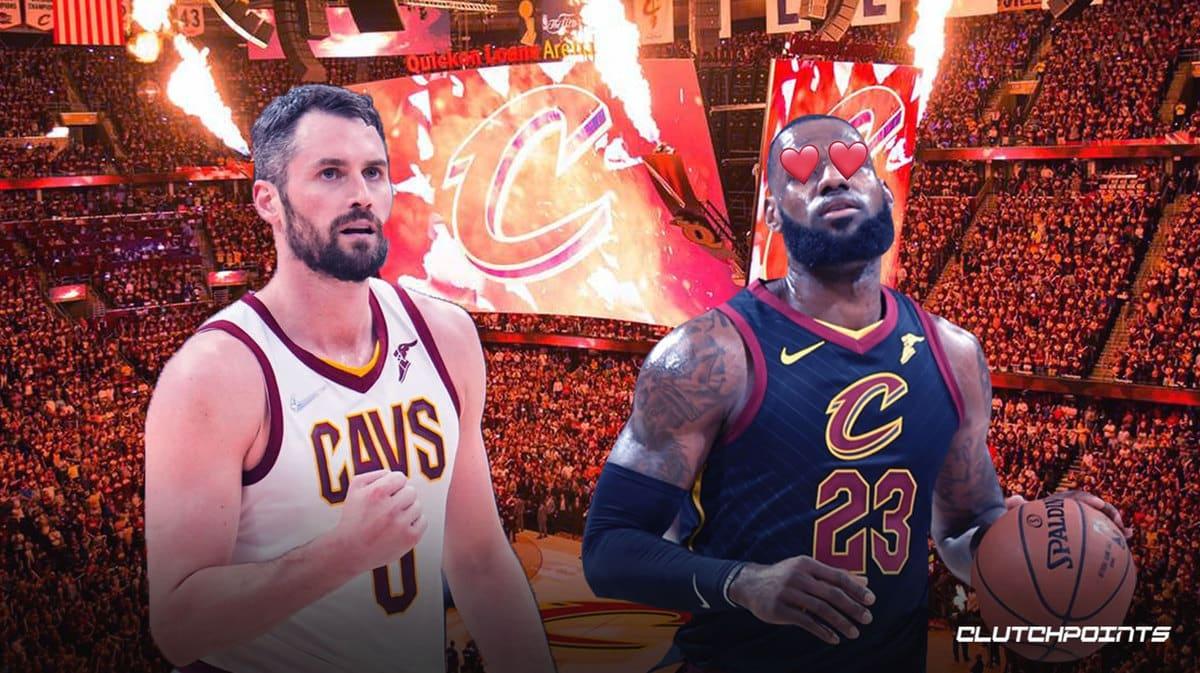 LeBron James and Kevin Love are no longer teammates on the Cleveland Cavaliers. But that’s not going to prevent them from reminiscing on the good old days when they ran the Eastern Conference on the Cavs, and James took a trip down memory lane this afternoon to praise Love for a particular play during their time together in Cleveland.

This week of the 2022 NBA offseason is NBA clutch week, so the NBA has been traveling back and looking at some of the best clutch plays from the 2021-22 season, and from previous seasons as well. One of the plays that got highlighted was James’ viral game-tying shot against the Washington Wizards from back in 2017, in which Love made a perfect full court pass to James. James did the rest, banking in a tough three point shot to send the game to overtime.

James came across the video, and while he’s certainly deserving of praise for making this incredible shot, he highlighted Love’s part in the play as well. If it weren’t for Love’s pinpoint pass here, the ball probably doesn’t get in James’ hands, and he doesn’t have an opportunity to hit this shot. James took time to praise Love’s pass, saying it was the best part of the play.

The pass is the best part of it all! On time and on target 🎯!!

Many may disagree with James’ feelings on this play, as his shot was incredibly difficult. But not many folks could make Love’s pass either, and James shows his humility here by highlighting Love’s contributions to his viral game-tying shot. Their partnership certainly helped the Cavaliers make many plays like this during their time in Cleveland together, and it was a nice touch from LeBron James on what is one of the most well-known plays of his career.