LeBron James and the Cleveland Cavaliers have made their way to the third spot in the Eastern Conference, but they’re still far away from where they want to be.

Coming into a Wednesday night matchup against the East-leading Toronto Raptors, James admitted their conference rivals are at a much better place all-around.

“They’re in a better place than we are right now because they’ve had more consistency and they’ve had their guys in the lineup for the majority of the year,” said James, according to TSN’s Josh Lewenberg. “So they know who they are and we’re still trying to figure that out.”

The Raptors hold a commanding 11.5 game lead over the Cavs and are five games clear of the second-place Boston Celtics. Toronto cruised past the Cavs in their one and only game against them at the Air Canada Centre with a commanding 133-99 win.

Both teams will face each other one more time after tonight, with the Cavs having the home court advantage of the series, hosting them tonight and on Apr. 3.

The Cavs have eliminated the Raptors from the last two postseasons and will have to put a great performance together to seal a win — one which would prove of utmost importance after leading the Indiana Pacers by a mere half game, who closely trail behind in fourth place.

Cleveland received a sprinkle of good news, getting All-Star forward Kevin Love back in action on Monday and could get the likes of Rodney Hood and Tristan Thompson back today, both listed as questionable for tonight. 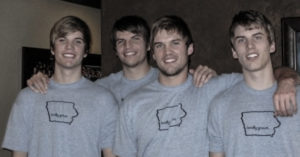