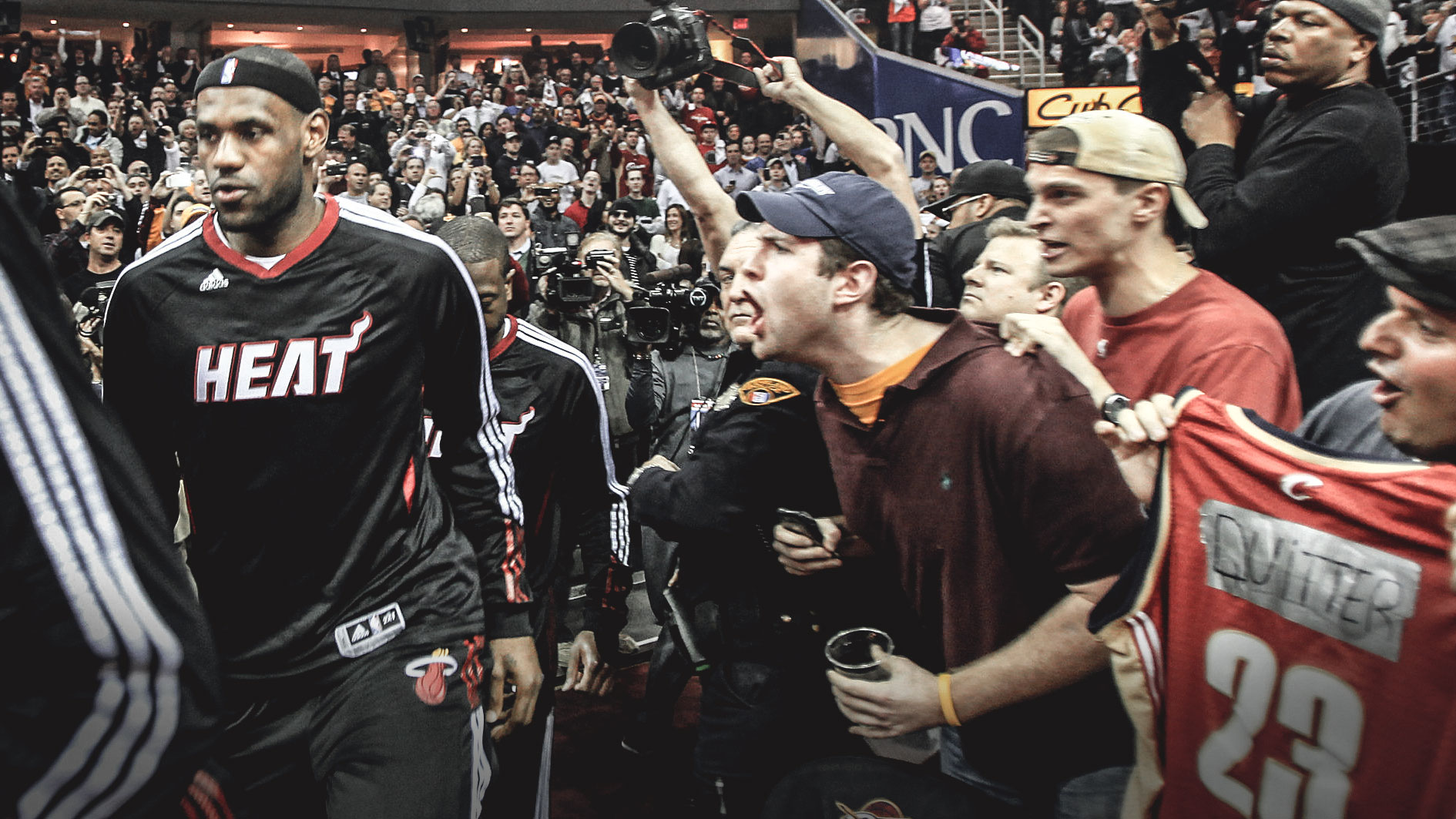 LeBron James’ first return game in Cleveland back in 2010 when he was with the Miami Heat was one of the most anticipated games at the time. James infamously left the Cleveland Cavaliers to join his buddies, Dwyane Wade and Chris Bosh, in South Beach. Even during the moments leading up to the game itself, the atmosphere inside Quicken Loans Arena was already overflowing with hatred toward their former King.

Miami Heat security Rob Brown recalls the atmosphere on that very memorable night, and said that the crowd was so rowdy that the game almost got called off, per ESPN’s Brian Windhorst and Dave McMenamin.

“We brought four team security members and then we used Cleveland police officers. There were reports about us going on a scouting mission to set up security beforehand — that was all made up. We went with the regular team security and then asked Cleveland for assistance. What wasn’t made up were the 9-volt batteries being thrown on the court. I remember a member of the NBA’s security team wanted to call the game because there was so much coming at us during the game and we were basically ducking behind the scorer’s table just to not get hit.”

Brown further remembers thinking, “This is the most hate I’ve seen. Ever.” According to him, the crowd was just incredibly passionate in expressing their anger over LeBron’s betrayal of Cleveland.

The crowd at The Q was definitely one of the most raucous crowds ever, and the environment even felt dangerous. The NBA was worried of the players’ safety given the possibility of what fans at the arena may do, especially to Ohio’s returning prodigal son. Fortunately, the night ended with everyone unscathed and unharmed from the rowdy festivities.

LeBron James is set to make his first return again to Cleveland as an opponent, this time with the Los Angeles Lakers. However, given everything that LeBron has done for the franchise over the past four years — which included winning the Cavs their first ever NBA championship — Cleveland fans should show him nothing but love and appreciation.