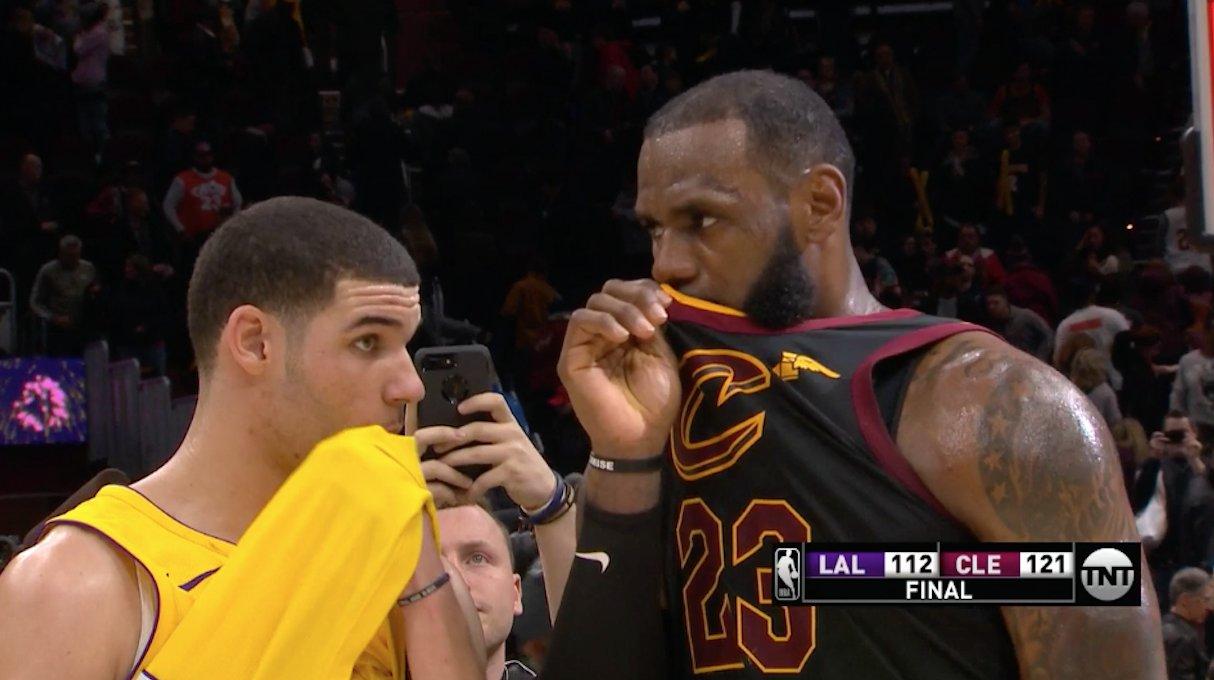 LeBron James and the Cleveland Cavaliers got the best of Lonzo Ball and the Los Angeles Lakers Thursday night, defeating them 121-112.

Right after the game ended, LeBron approached Lonzo and gave him a concealed message. TNT’s Kristen Ledlow asked LeBron in the postgame interview what he told Ball but LeBron wouldn’t reveal just what it was.

When asked, Lonzo didn’t detail what LeBron had to say after the game when he pulled him aside. 🤐

Take a look at the interaction between the two:

.@KingJames 👑 and @ZO2_ share a moment after the game. pic.twitter.com/l0bP9qcwGv

LeBron vs. Lonzo was all the hype leading up to tonight, the first ever meeting between the two. Both exchanged friendly comments about each other in the days prior, with Lonzo saying that LeBron was his favorite player growing up, while James added the respect he has for Ball and what he’s been dealing with as a rookie in the spotlight.

Tonight, James put up a triple-double with 25 points, 12 assists and 12 rebounds, a signature night of sorts. Ball wasn’t bad himself, scoring 13 points to go along with 11 assists.

The Lakers led by two after one quarter but the Cavs came back to lead 63-60 at the half. They had command for most of the second half, closing out the younger Lakers in the final minutes despite a valiant push by L.A. The two teams will meet once more this season in L.A. where the story will surely once again be LeBron vs. Lonzo.