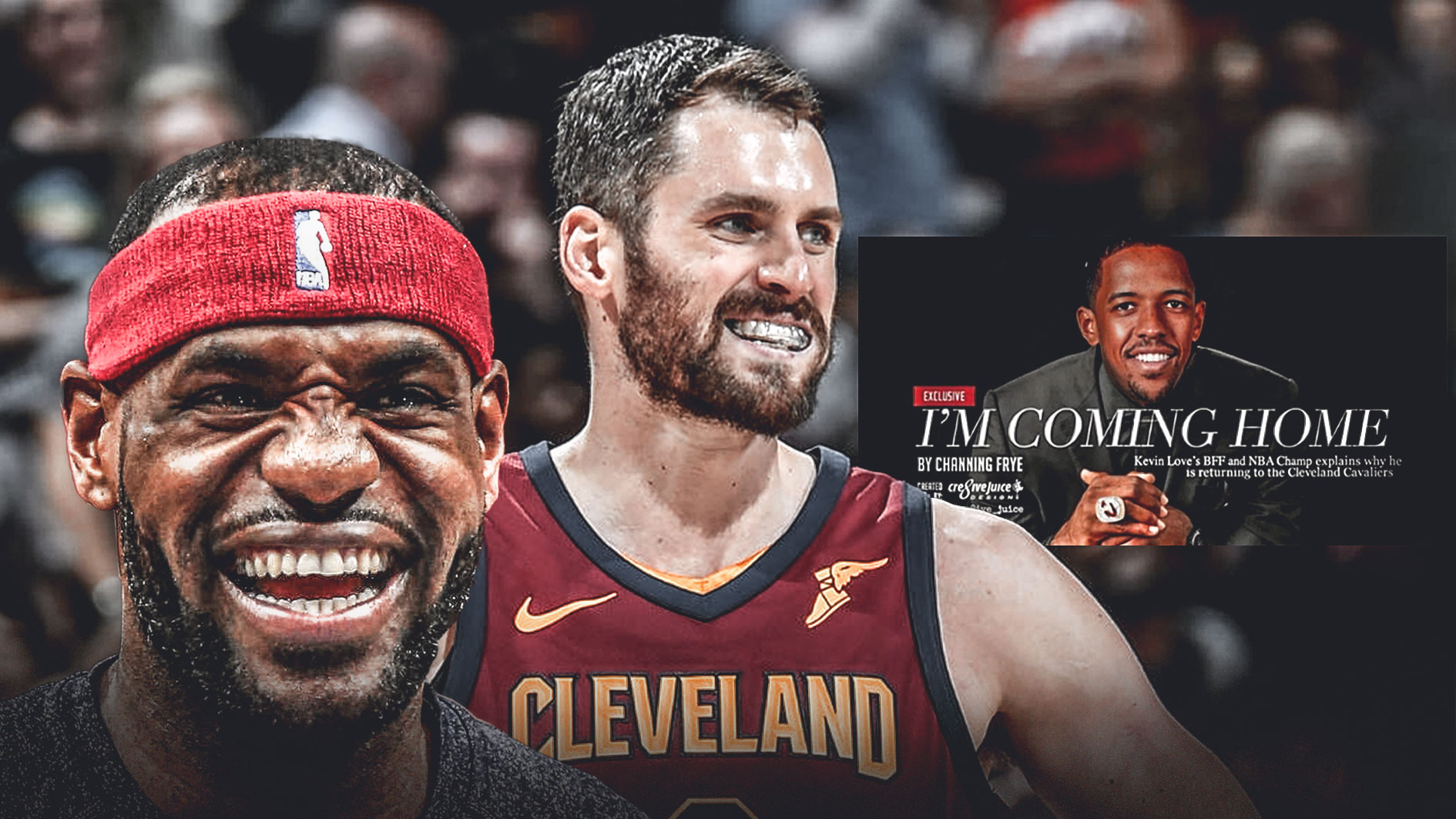 In lieu of Channing Frye’s return to the Cleveland Cavaliers, Kevin Love decided to have a little fun on social media, albeit at the expense of LeBron James’ now-famous “I’m Coming Home” letter from 2014.

Love is a quiet guy, for the most part. However, he has a great sense of humor. Instead of writing a traditional letter or sending a “welcome back” text, Love decided to transplant Frye’s face over James’ in the feature photo of Lee Jenkins’ legendary article.

As you might expect, loads of people got a kick out of Love’s post, including Frye and James, who both sent replies. J.R. Smith chimed in with a “like” as well. 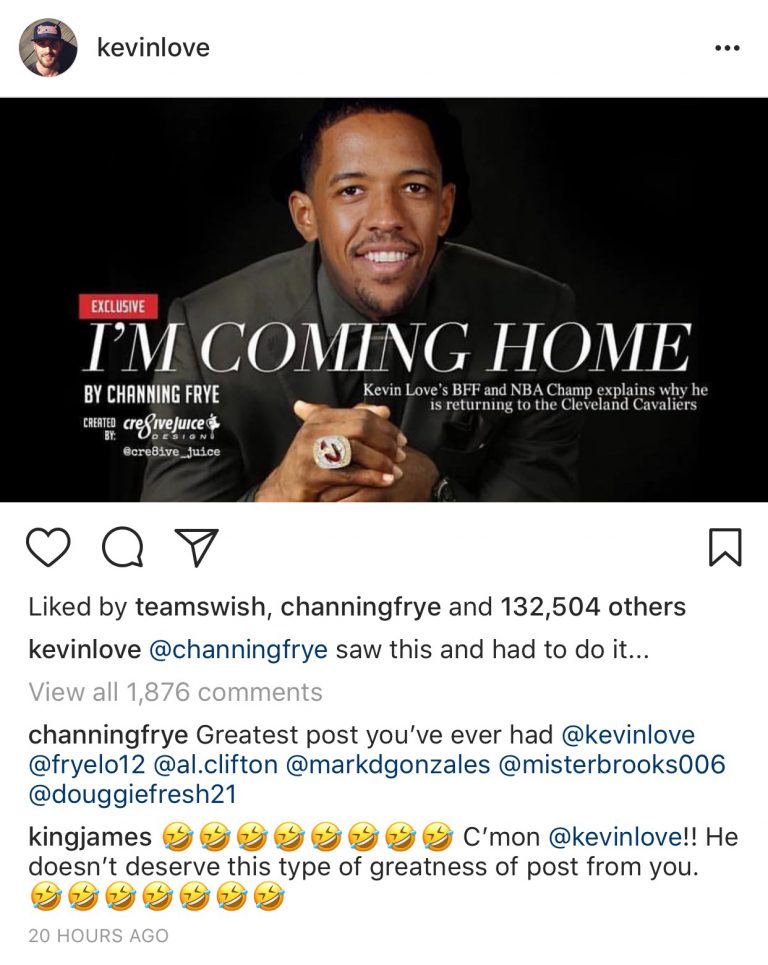 Love, Frye, Smith, and James were all members of Cleveland’s championship-winning team in 2016. Their bond is still quite strong, despite the fact that all of them are no longer on the same team.

Frye was dealt to the Los Angeles Lakers last February, where he played in just nine games. However, the former Arizona Wildcat stand-out recently revealed that he will be returning to the Cavaliers on a one-year, $2.4 veteran’s minimum deal.

There were some who questioned the decision to bring Frye, now 35 years of age, back to the Cavs. Is Cleveland in rebuild mode after James’ departure or not? One reason for Frye’s signing, aside from his skill-set, is locker room presence. Cavs general manager Koby Altman views Frye as a “culture guy,” according to Terry Pluto of cleveland.com. Simply put, Frye is a likable guy.

There are some people who have the ability to make us laugh, even in the toughest of times. Channing is one of those people.

Join us in welcoming the Deep Fryer back to town! 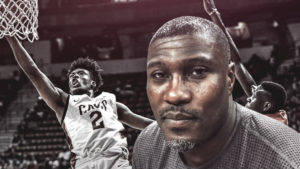