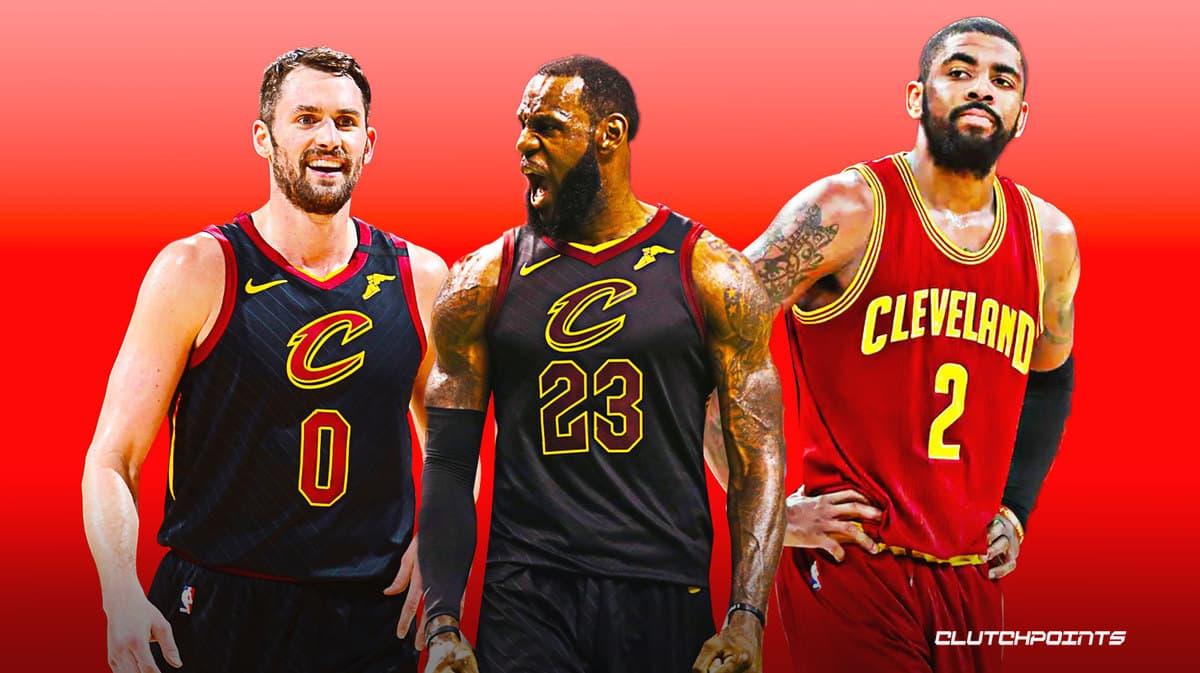 Former Cleveland Cavaliers teammates Kevin Love and LeBron James got up in their feelings on Saturday after Love tweeted how much he appreciates his ex-teammates. The Cavs won the championship in 2016, where the team consisted of LeBron James, Kevin Love, and Kyrie Irving.

Love sent a tweet out, sharing his support for his former championship teammates. It included LeBron, JR Smith, Tristan Thompson, Channing Frye, and Richard Jefferson. Kyrie Irving was left out completely, even though he played a vital role in the Cavs championship in 2016.

Shortly after, King James expressed his love back, quote tweeting a GIF from the popular Netflix series Peaky Blinders. Maybe the King didn’t see Kyrie Irving missing from the list, or perhaps he doesn’t view him as a brother the same way as Kevin Love. Either way, you’d think these guys would give Irving some credit for their championship run with the Cavs.

It’s either us or them. And I chose US! Love you champ 🤜🏾🤛🏻🤎👑 https://t.co/uI2YfjhVUApic.twitter.com/D5QazM1ncA

The Cavs former big three are in much different situations in their careers now. James is seeking his second NBA championship with the Los Angeles Lakers, Kevin Love is still on the Cavs roster, and Kyrie Irving is playing alongside Kevin Durant and James Harden for the Brooklyn Nets. Irving likely doesn’t care about being left out of Love’s tweet, as he has bigger fish to fry in Brooklyn.

Either way, it is notable how much LeBron and Love have shown each other respect after their time playing together in Cleveland. Irving has been vocal in the past about preferring Durant as a teammate. He also continuously searches for a new franchise to prove he can be the face of an organization. We’ll see how it plays out next season though, as both the Lakers and Nets are gearing up for a playoff push in 2022.

The Cavs on the other hand are rebuilding their roster. They have a plethora of young talent the organization seems excited about. Maybe Love finds his way back to the Lakers this offseason? For now, he remains in Cleveland.