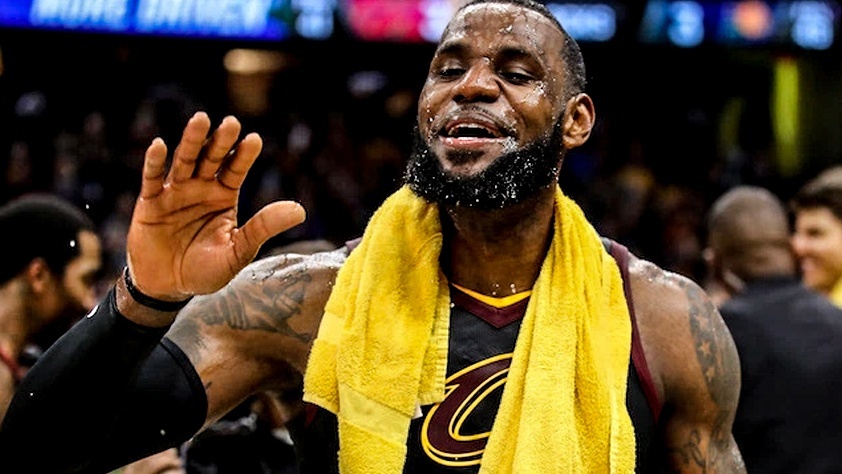 LeBron James came up with a clutch block on Victor Oladipo in the last few seconds of Game 5 between the Cleveland Cavaliers and Indiana Pacers. Was it a goaltend or was it a clean block? Not exactly the right question to ask the Cavs superstar but a reporter just had to do it.

As posted by Fox Sports Ohio, a reporter asked about the controversial block. To which James responded sarcastically:

“I definitely thought it was a goaltend”

Below is the full video of James commenting on the defensive play:

James further broke down the play, praising Oladipo for the in-and-out move that got him leaning.

“I try to make plays like that all the time. I mean he made a heck of a move — got me leaning right. And he went left and I just tried to use my recovery speed.”

Yet as well all know by now, James was the one who hit the game-winning three at the buzzer. This puts the Cavs up 3-2 in the series.

Head coach Tyronn Lue commented on James’ game-winner and individual performance. But more than James, Lue believes that it was an impressive defensive effort for the Cavs as a whole.

Via Terry Pluto of Cleveland.com:

“He shot it from his sweet spot,” said Lue.

“It was a big team win,” said Lue. “I know LeBron had 44 points, but it was a total team effort — especially defensively in the second half.” 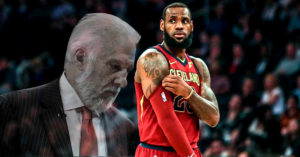 JUST IN: Video: LeBron James addresses notion that he was blindsided by question about Gregg Popovich’s wife
Related TopicsLeBron James