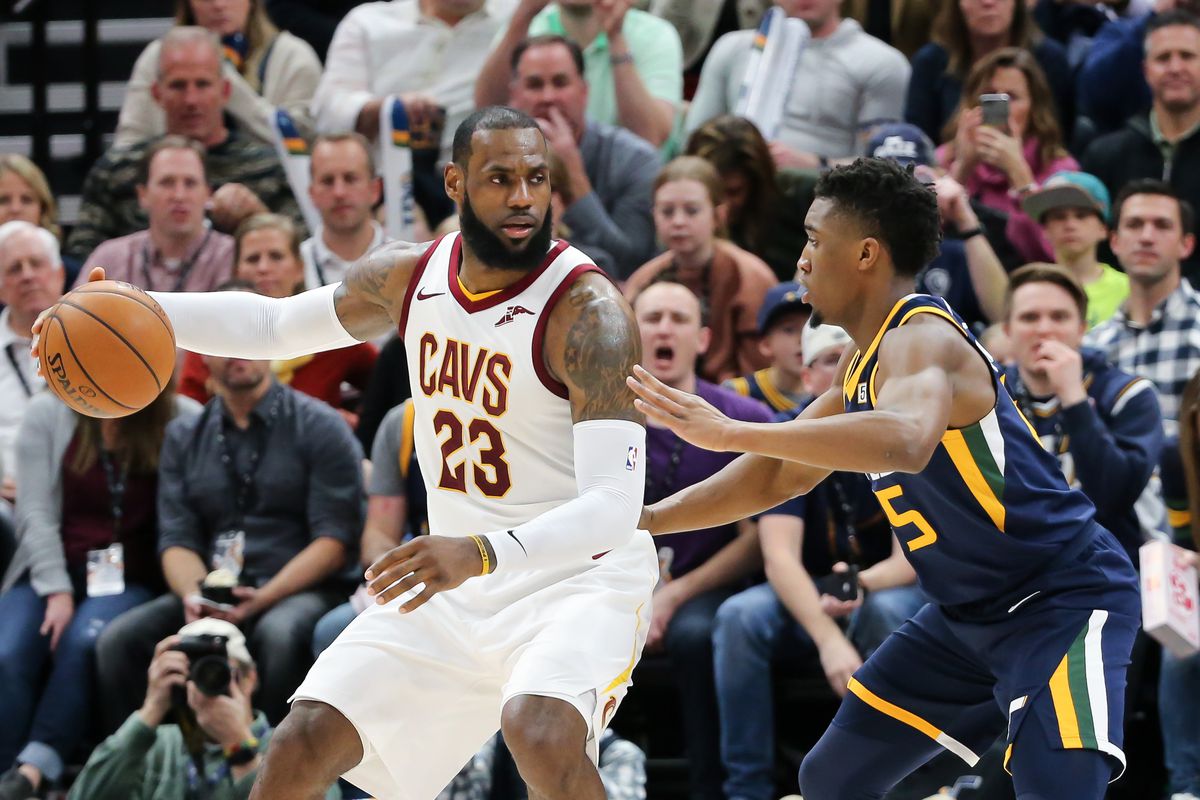 Despite LeBron James’ 29 points, eight rebounds, and six assists on his 33rd birthday, Donovan Mitchell and the Utah Jazz spoiled the party in a 104-101 win. With the Cleveland Cavaliers needing a stop, Mitchell’s layup eventually sealed the game for the Jazz.

Following the team’s fourth loss in the last five games, James praised the rookie after their second matchup in just two weeks according to Kyle Goon of The Salt Lake Tribune:

LeBron James on Donovan Mitchell: “He’s a player. … They’ve been riding that wave all season since they realized what they actually got.” pic.twitter.com/YmzmpU9chX

While Ben Simmons is considered the favorite to win the 2017-18 NBA Rookie of the Year award, Mitchell is already considered the steal of the draft along with Kyle Kuzma. As the Jazz lost Gordon Hayward in free agency and Rudy Gobert to two different injuries, Mitchell has played a major role in the team’s 16-21 record.

After a winless West coast trip, the Cavaliers will return home against the Portland Trail Blazers before embarking on a five-game road trip. Similiar to the start of the 2017-18 NBA season, the Cavaliers will need to figure out how to win again but are in good shape considering the circumstances they have dealt with.

At 24-12 (third-best in the Eastern Conference) and Isaiah Thomas nearing his return, there is great optimism in Cleveland heading into the second half of the season.