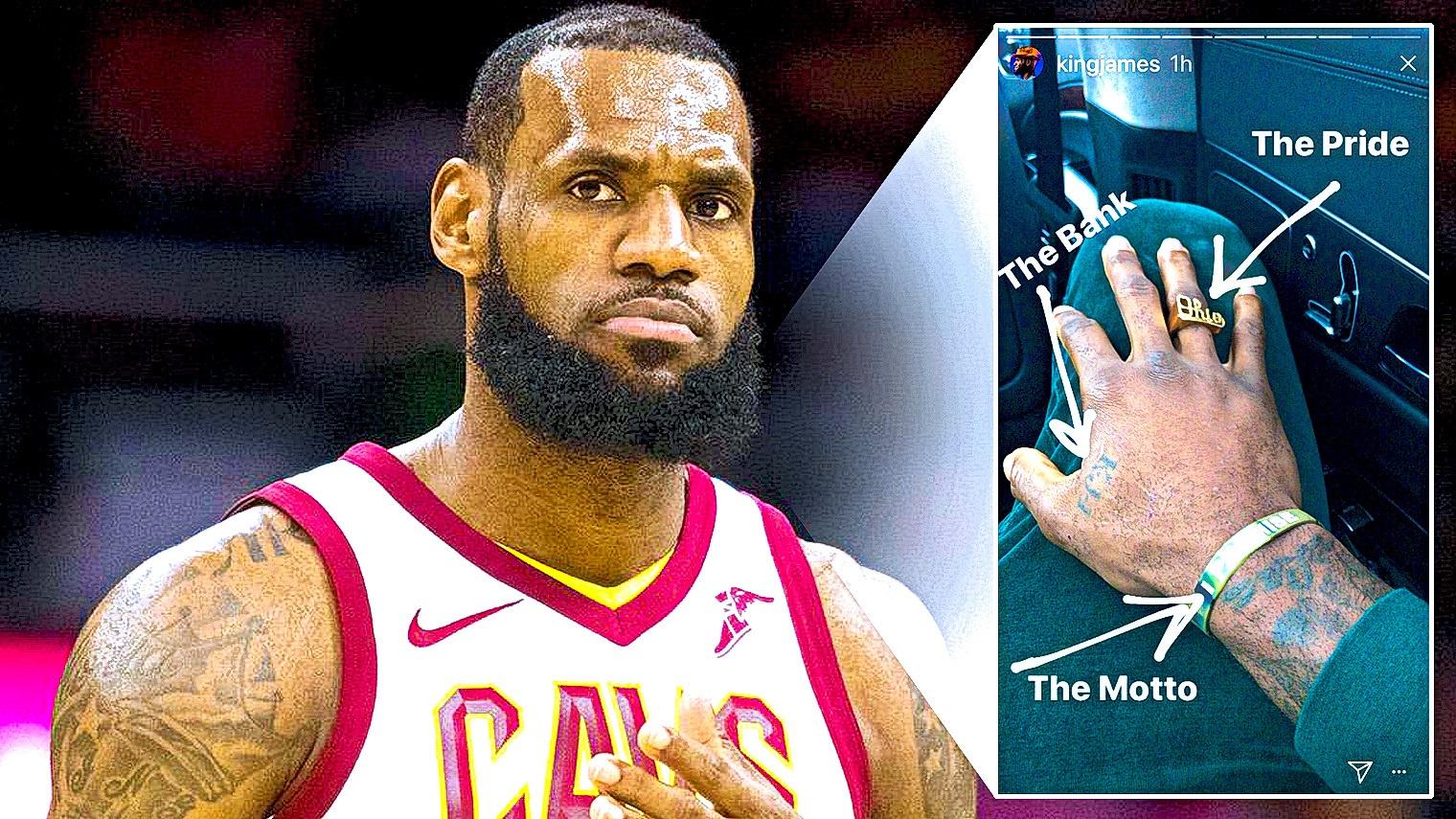 LeBron James is a player who very much believes in loyalty, and he seems to have sent a message to Cleveland Cavaliers fans everywhere about where his loyalties lie.

James, through one of this social media accounts, posted a photo of his hand with some arrows pointed to it. The words with the arrows say The Pride, The Bank and The Motto.

“The Bank” is pointed at a small tattoo between his thumb and index finger. It appears to be three letters, but it’s difficult to make out clearly.

“The Motto” points to a bracelet that says “I Promise.” Presumably, this could be a promise to be loyal to the franchise going forward.

The post came in the wake of Blake Griffin being traded to the Detroit Pistons from the L.A. Clippers. Many in the NBA were saying there is no loyalty anymore after Griffin’s trade. James’ post appears to be a response to that.

But James himself has exhibited shaky loyalty in the past. Time will tell if that post ages well or poorly.