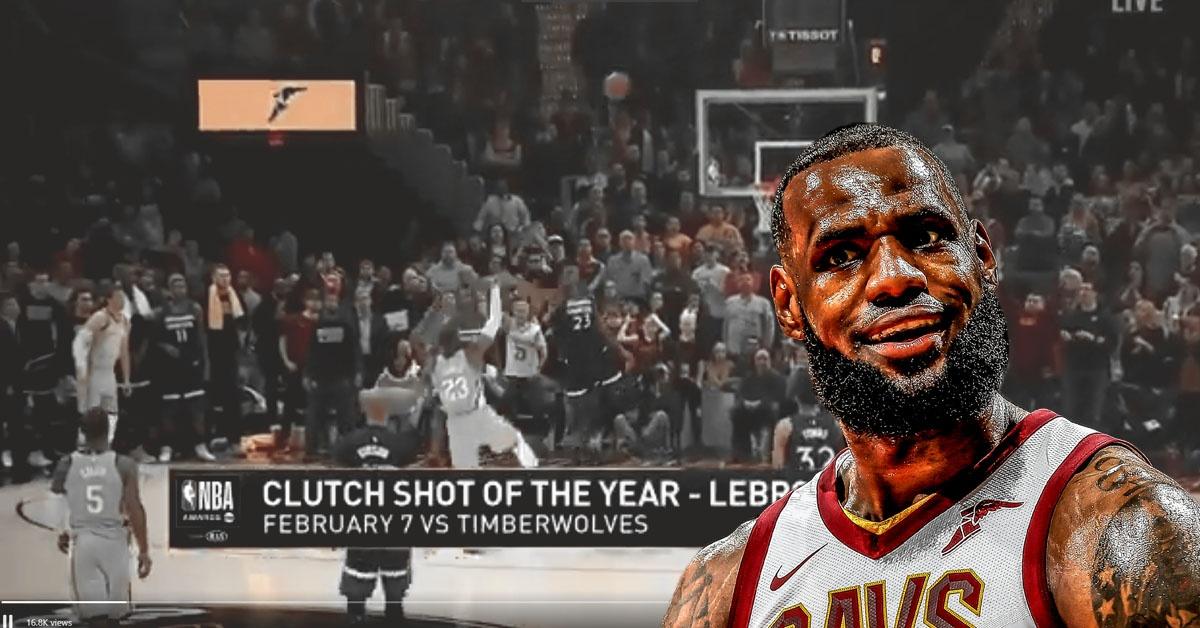 Cleveland Cavaliers forward LeBron James’ game-winning shot wins Play of the Year Award. As per NBA on TNT, the Cavs superstar’s buzzer beater against the Minnesota Timberwolves, which won them the game, took home the fan vote.

As observed, the game was knotted at 138 all in overtime with one second left. Though not in the clip, the previous play was a superb defensive effort by James, blocking Jimmy Butler who went for the drive.

James broke down the game-winning play, per Nick Friedell of ESPN:

“I knew [Butler] was going to go iso once we made the switch on our rookie Cedi [Osman],” James said of the final sequence. “So, just trying to keep my weakside awareness. I was able to get the block and keep it in bounds, which allowed us to get that play.

“Coach [Tyronn] Lue called up a great play, Jeff Green gave me a heck of a pass, and I just trusted my instincts and let it go.”

Karl-Anthony Towns, though heartbroken in the defeat, acknowledged why James is regarded as one of the greats:

“He’s a great player and there’s a reason why he’s regarded as one of the best players to play this game,” Towns said of James. “He has a great quickness, got great speed, has skill, obviously is a big man, so he’s got a lot of things going his way. And when he was having those kinds of nights like tonight — Jimmy played amazing defense on him — but he was having one of those nights where the rim looked like an ocean to him.”