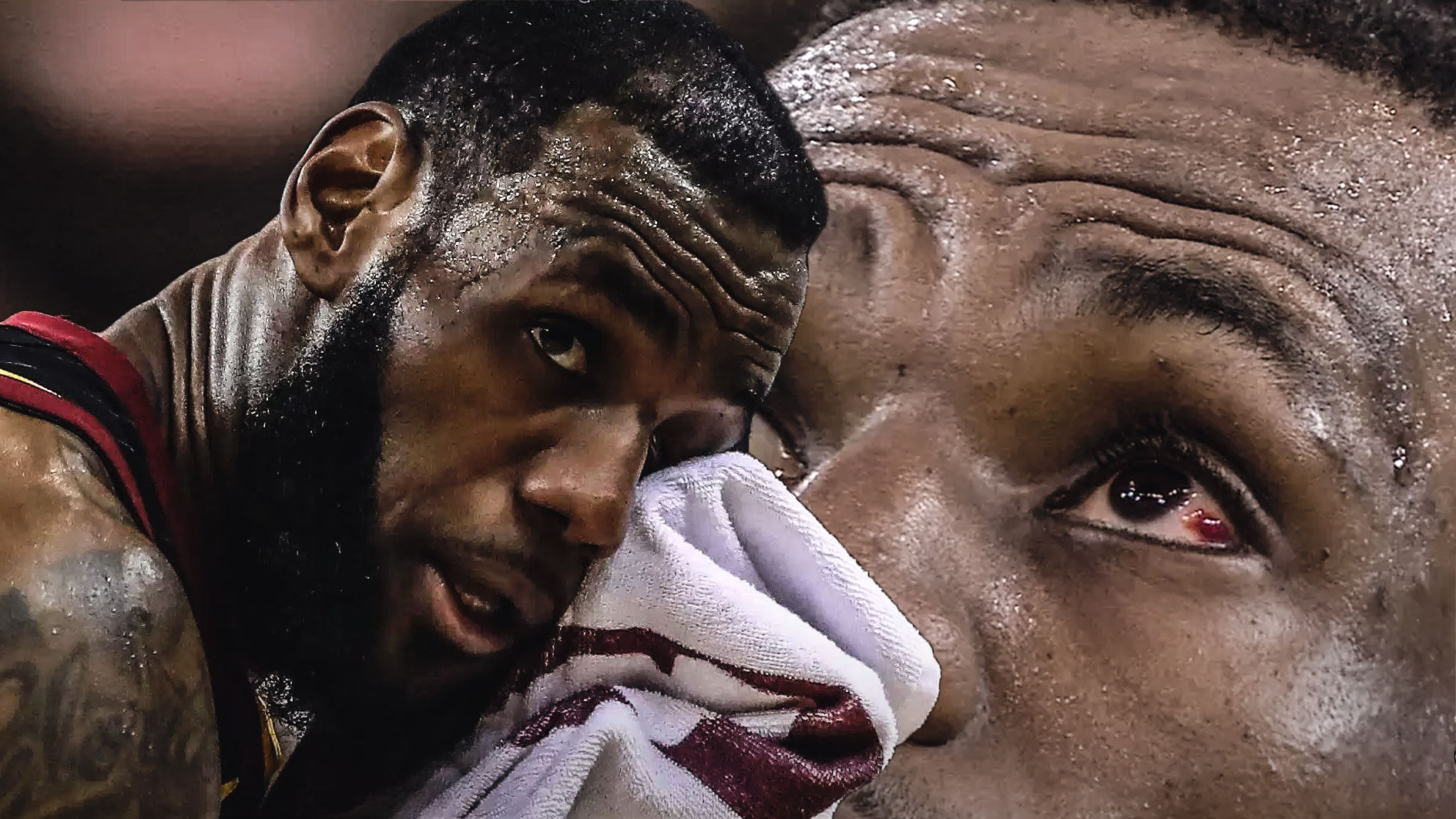 Early in Game 1, LeBron James was poked by Draymond Green as he drove the lane, and he immediately went to the ground. He was able to get up and continue, but by the third quarter, there was some noticeable damage done to his eye.

LeBron told Marc J Spears of ESPN that he has been taking eye drops and antibiotics to help him recover from the eye injury. Looking at the eye it looks a lot worse, but that’s just part of the recovery process.

He also said that his eye is feeling a lot better now, which is good because the Cleveland Cavaliers need him at 100 percent if they want any chance to come out ahead in this game.

After Game 1, James did say that his eye was a bit blurry, and he was still able to drop 51 points, so with two clear eyes for Game 2, just imagine what he will be able to do.

James and the Cavs also need to move on from the devastating end in Game 1, and it seems like James is ready to get Game 2 going.

“It’s a new day,” LeBron James said via cleveland.com. “For me, I woke up feeling excited about the opportunity for us to get better today. Excited about the opportunity that presents itself tomorrow. I can never compare the adversity I went through when I was younger compared to playing basketball. This is just basketball. This is not adversity. Not with the things I’ve been through in my life. This is fun.”

The Warriors and Cavs will tip off on Sunday night at Oracle Arena. JUST IN: LeBron James says Game 1 was ‘one of the toughest losses’ in his career
Related TopicsCavaliersDraymond GreenLeBron James