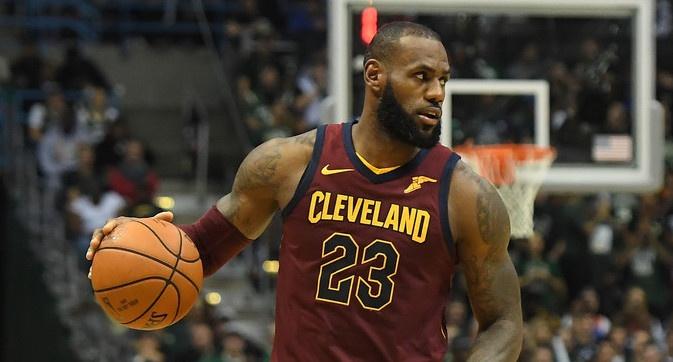 Cleveland Cavaliers superstar LeBron James has broken countless records over the course of his career in the NBA. Now, in his 15th season, the King is chasing down some of the NBA’s all-time greatest scorers, including Los Angeles Lakers legend Kareem Abdul-Jabbar.

Currently, James is 136 points shy of becoming the 7th player in NBA history to record 30,000 points. As most hoops fans know, Abdul-Jabbar (38,387 career points) is the No. 1 scorer of all-time, but might the King be able to claim that title as well?

James was recently asked if he’s been keeping track of the statistics.

“No. No. I haven’t,” James told ESPN’s Dave McMenamin ahead of Monday night’s match-up against the Minnesota Timberwolves. “As far as stats go in my career, I’ve never thought about catching anybody. And I guess it’s just allowed me to be able to have feats that I can accomplish. I’ve never given myself a ceiling or a threshold of where I want to go. Listen, I’ve been blessed to play this game and this is my 15th year and everything for me is kind of extra credit at this point. For me to be able to get past Year 1 or Year 2 or Year 3, get past my rookie contract and do the things that I’ve done, I just appreciate that I can play this game at the level that I’m doing still.”

Believe it or not, James has a shooter’s chance at claiming the NBA’s scoring throne, but it will take some time. If the King averages 20 points in 70 games for five more seasons, he would pass Kareem.

No one knows exactly how long James will play, but having his name mentioned in the same breathe as that of Kareem’s is certainly an honor.