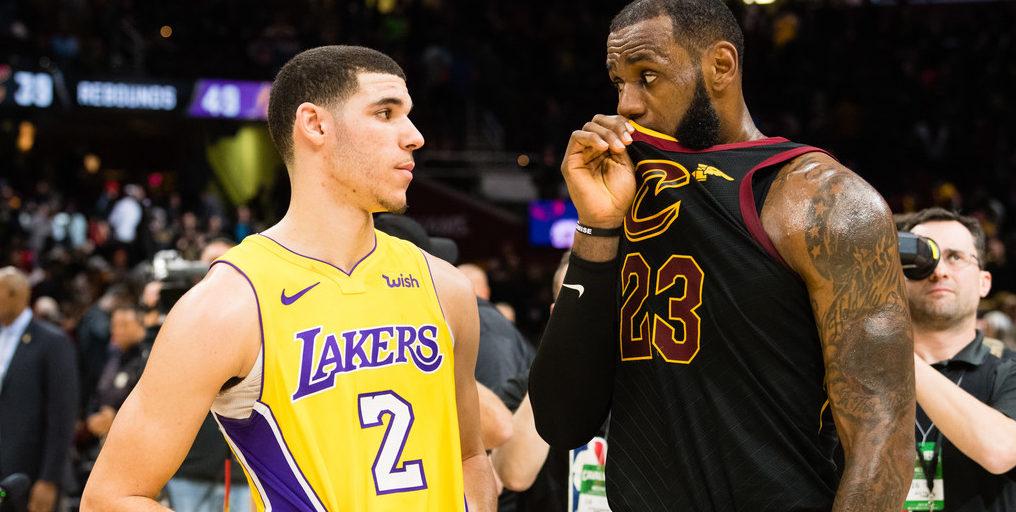 After Thursday night’s 121-112 victory over the Los Angeles Lakers inside Quicken Loans Arena, Cleveland Cavaliers superstar LeBron James met with rookie Lonzo Ball near mid-court for a brief chat. It was unclear what was said at first. However, it was later discovered that one hot microphone picked up their conversation, and James was less than pleased.

“Some things could be held private, like my conversation with Lonzo,” James told Joe Vardon of cleveland.com after Saturday morning’s shoot-around at Cleveland Clinic Courts. “Everything doesn’t need to be said and people find out. There should be some type of privacy. So I’m OK with it.”

As it turns out, James was actually offering Ball words of encouragement during their brief chat.

“Find your zone and just stay (expletive) locked in,” James said to Ball during their discussion after Thursday night’s game.

“The media is going to ask you what I told you right now,” James told Ball. “Tell them nothing. Just be aggressive every single day. It’s white noise to you. That’s all it is. Alright? Let’s go.”

James and Ball share (somewhat) similar stories with regards to their arrival on the NBA stage. Both players had high expectations. Both players are watched closely by the media. It seems as though the King understands what Lonzo is going through.

It’s hard to say whether Ball will be able to achieve the same level of greatness as James. That’s certainly a tall order. However, Ball has shown flashes. In his 27 appearances for the Lakers this season, the former UCLA standout has turned in averages of 9.1 points on 33.2 percent shooting from the field, 7.2 assists, and 6.9 rebounds per game. Good numbers from a rookie, to be sure.

James and the Cavs, winners in 16 of their last 17, will be back in action on Saturday night when they’ll welcome the Utah Jazz to town for the final game of a four-game homestand. Tip-off is scheduled for 7:30 p.m. with Fox Sports Ohio having live broadcast coverage.