LeBron James does not care if Celtics are talk of East 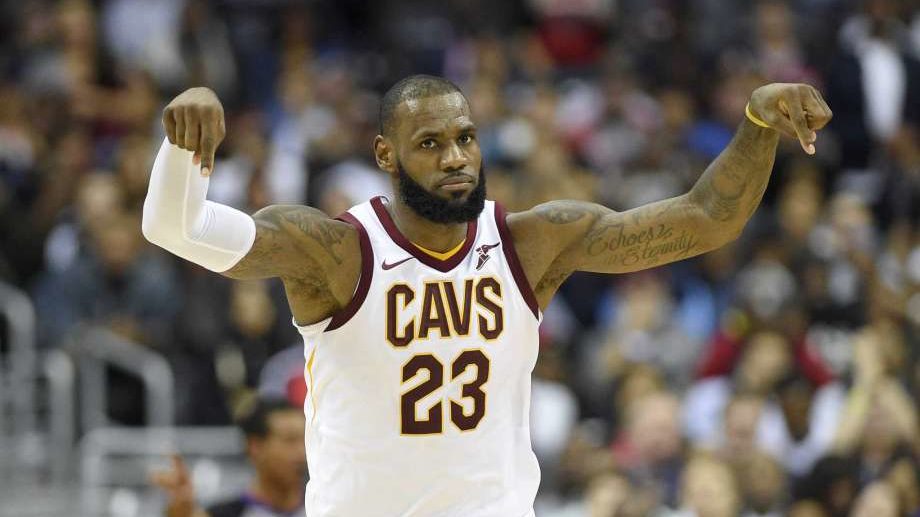 The Boston Celtics are off to a great start. In fact, they’ve won 14 straight games, including Thursday night’s 92-88 victory over the Golden State Warriors. They’re currently the No. 1 team in the Eastern Conference standings, and a lot of NBA experts and analysts have been talking about their potential. However, it sounds like LeBron James is staying focused on the Cavs.

As most hoops fans know, the Cavs, now the No. 2 team in the Central Division with a 9-7 record, have been dealing with several challenges this season: new faces, injuries, and age. However, Cleveland has quietly won four straight games (six of their last eight), and they seem to be improving on both ends of the floor.

After Cleveland’s 118-113 overtime win over the L.A. Clippers on Friday night, James, now 32 years of age and in his 15th year of NBA service, was asked to comment on Boston’s hot start. The King says he watched the Celtics-Warriors game. He gave Boston credit for their win and recent success. However, he also noted — in a roundabout way — that the Cavs have been sailing on rough waters through the early phases of this season. The former No. 1 overall pick in the 2003 Draft says he and his teammates are just trying to steer Cleveland’s metaphorical ship in the right direction.

“Huh?,” James asked, feeling the question wasn’t relevant. “You want me to comment on that?

“I’ve got too much to worry about around here right now trying to get our ship going in the right direction,” James said. “I watched the game last night. It was an Eastern Conference game. There’s not many times you see Golden State not going in the 120s. Boston just had a good tempo about the game. Neither team could really make those shots. It was a free-throw game in the fourth quarter.

“But I’m not going to … I don’t pay attention to too much of what’s going on besides their record and things they’ve been doing. But they’re playing some good ball right now.”

As of today (Saturday), the Cavs are trailing the Celtics by 5.0 games in the Eastern Conference standings. These two teams met in last season’s Eastern Conference Finals, and many are predicting a sequel. Let’s see if it comes to fruition. 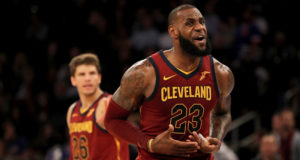