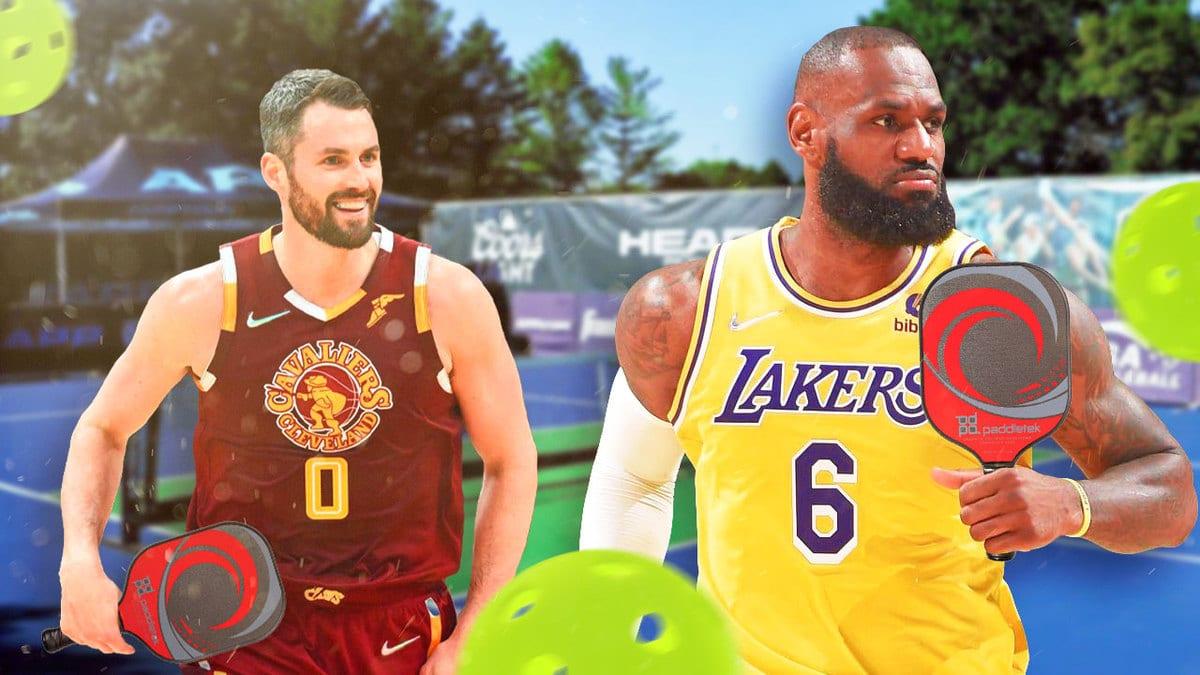 LeBron James and Kevin Love are teaming up again.

Sorry Cavaliers fans, they are not reuniting in Los Angeles or in Cleveland. Instead, they are investing in a Major League Pickleball team together.

“Having SC Holdings, LRMR Ventures, and their incredible group as owners and investors in Major League Pickleball is not just great for MLP, it’s a watershed moment for pickleball in general,” said MLP Founder Steve Kuhn in a press release.

LeBron James is bringing incredible attention to the sport of pickleball and will only let the sport flourish from here. Pickleball is a racket sport that has a slightly smaller court than tennis that uses a wiffle ball and paddle smaller than a tennis racket.

“Pickleball is the fastest-growing sport in the country, building communities in cities and towns all over the world. This investment and the platform that this group provides will significantly help us with our goal to reach 40 million pickleball players by 2030,” Kuhn continued.

40 million players around the world is an impressive number. This isn’t LeBron James’ first investment, but it seems like it will be an incredible one. LeBron is also invested in Fenway Sports Group, Blaze Pizza, Sprill Hill Entertainment, Uninterrupted and Ladder among others. Pickleball will look to take off in the next few years thanks to LeBron.