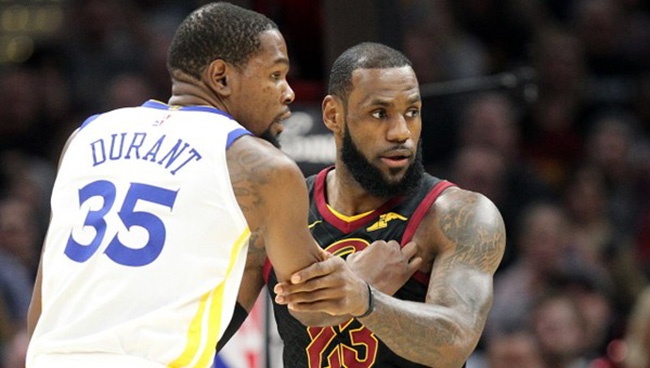 Cleveland Cavaliers forward LeBron James andGolden State Warriors big man Kevin Durant have been the subject of scrutiny by a Fox News anchor recently, but they received plenty of support from the different sectors of society. Among those who had given praise to the two NBA superstars is Hall-of-Fame center Bill Walton.

The former regular season and Finals MVP was at the legends luncheon in Los Angeles for All-Star Weekend on Sunday. As reported by Andrew Joseph of For The Win, Walton graced the event together with fellow basketball legends such as Bill Russell and Kareem Abdul-Jabbar. He spoke honorably of James, Durant, and Stephen Curry who have been very critical of President Trump.

More specifically, Walton praised them for their courageous work outside of the basketball court.

“As I see these remarkable players who have taken the game to extraordinary levels, I would like to single out three individuals that are so dear to my heart. Because in LeBron James, Kevin Durant and Steph Curry, we have three guys today at the pinnacle of how great basketball has ever been played, and yet, they are the epitome of what it means to live in the shadows of Bill Russell, to live in the shadow of Jamaal Wilkes, to live in the shadow of Magic, of Kareem and James Worthy. And all the people who gave their entire lives so somebody else’s dream could come true. So, when they stand up, I stand with them.”

James and Durant were criticized by Laura Ingraham on live television for speaking out against the presidency.

Ingraham was extremely critical of James particularly about his education, telling him and Durant to just “shut up and dribble.”

Thanks to the legacy of Walton, Russell, and Abdul-Jabbar, who blazed a trail for speaking out on social issues, NBA players like LeBron James, Kevin Durant, and Curry, can be confident that those who came before them have their full support to speak out and dribble. 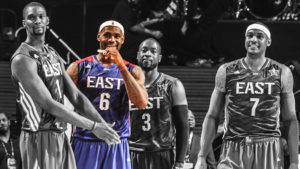