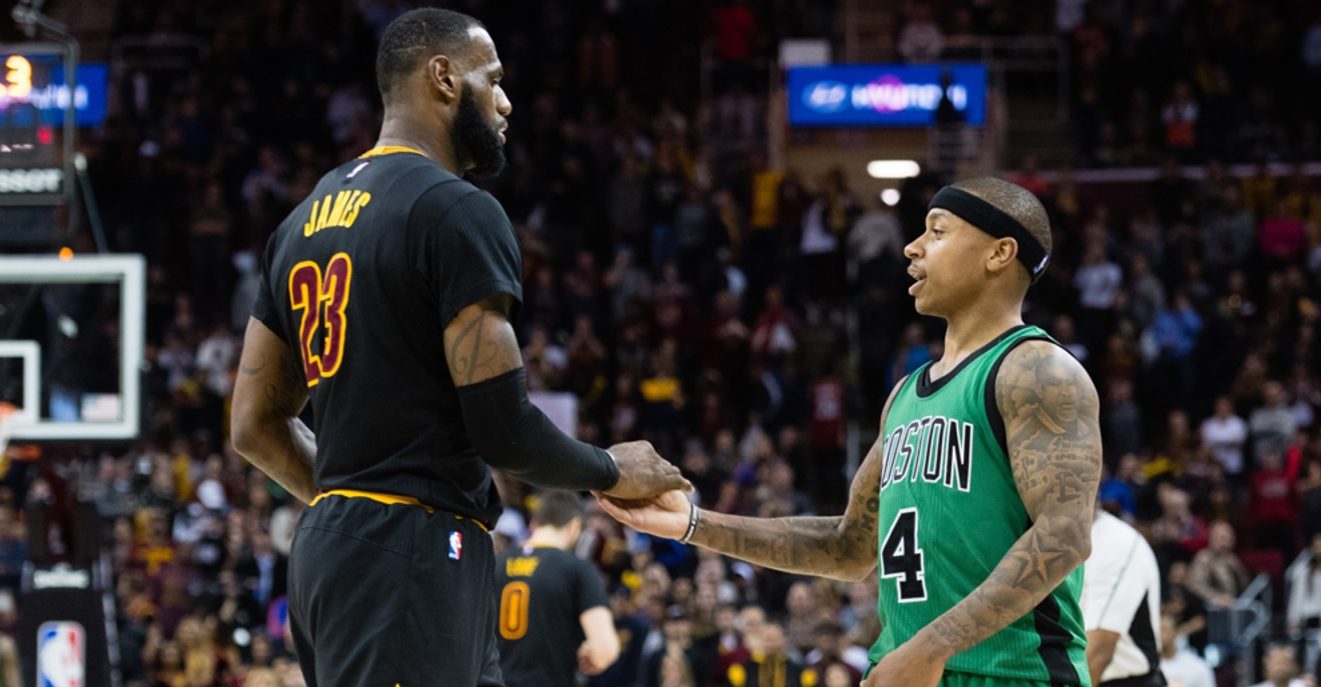 LeBron James has never been afraid to speak out on anything he felt he needed to, and Thursday afternoon was no different. Less than two days after being traded to the Cleveland Cavaliers, a few people in Boston were seen and recording themselves burning Isaiah Thomas jerseys, and that drew a lot of outrage in the NBA community.

Thomas’ former teammates, like Jaylen Brown, said it was pathetic, and now James chimed in with a five tweet response to critics and those burning jerseys.

The burning of the jersey thing is getting ridiculous now! The man was traded. What do u not understand? & played in a game after …..

sister tragic death. Gordon Hayward paid he's dues as well and decided to do what's best for him and family. Put in the work, got better….

Became an All-Star, etc!! If these guys weren't good, u guys would be the first to say "get them up out of here". Man beat it! When "we"….

what u feel is best for your profession, love, family, happiness and continue to #StriveForGreatness🚀 #Salute

This coming after a video surfaced of a Boston fan inexplicably burning an Isaiah Thomas jersey with the caption “not my point guard.”

Not my Point Guard pic.twitter.com/TVTI1Qu0aD

Considering Thomas was the heart and soul of the Celtics team, willing them to victory time and time again while also playing following the passing of his younger sister, almost every fan has the utmost respect for the 5-foot-9 point guard.