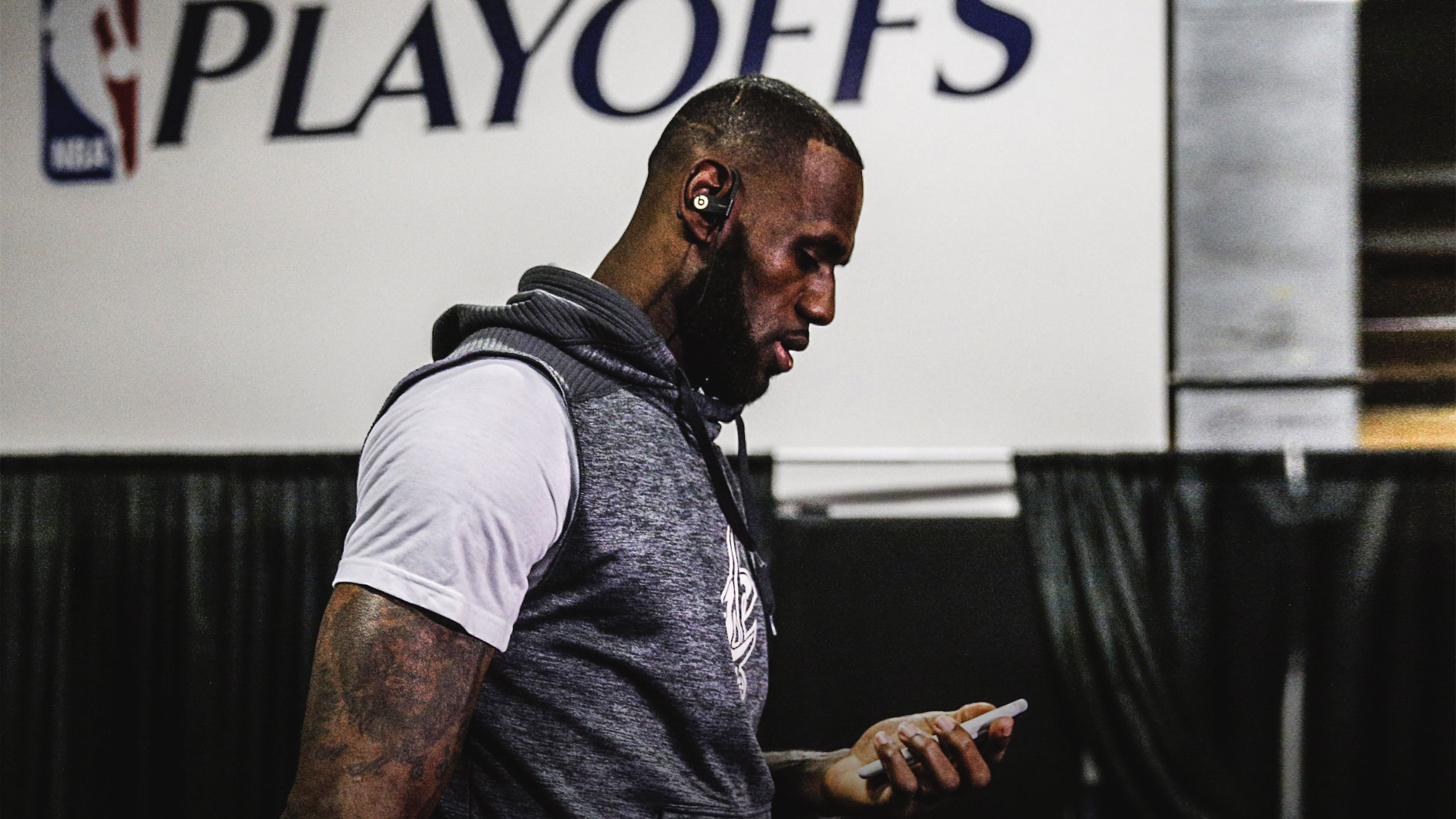 Since the end of the NBA Finals, the focus around the league has been primarily on LeBron James’ upcoming decision regarding his free agency. There has yet to be any indication about what he will decide to do in less than a week’s time, putting his future with the Cleveland Cavaliers up in the air.

In the last few weeks, he has been social media silent about posting anything that could be deciphered as where his mind frame is at this juncture in the offseason. The 33-year-old has ended that drought with a post on his Instagram showing his two boys, LeBron Jr. and Bryce, appearing to be headed to a tournament.

We got now we don’t care who got next! Young Kings 👑. For Generations On

This is simply a post where he wants to share a proud moment of seeing his two sons heading to play basketball where he has a chance to watch them now that the offseason is underway. It is hard to truly dig deep into this being anything more than that, but what can be made clear is that his family will heavily influence his decision regarding his NBA future.

It may very well see where his kids play basketball next, especially with LeBron Jr. becoming a promising player at 13 years old. There had been various reports that his family had looked into possibly enrolling at Sierra Canyon in the Brentwood school district in Los Angeles. This has brought forth more chatter that the four-time league MVP is seriously considering signing with the Los Angeles Lakers this summer.

There isn’t much that can be taken away from this type of social media post but clarity on this front should be reached in the coming days.