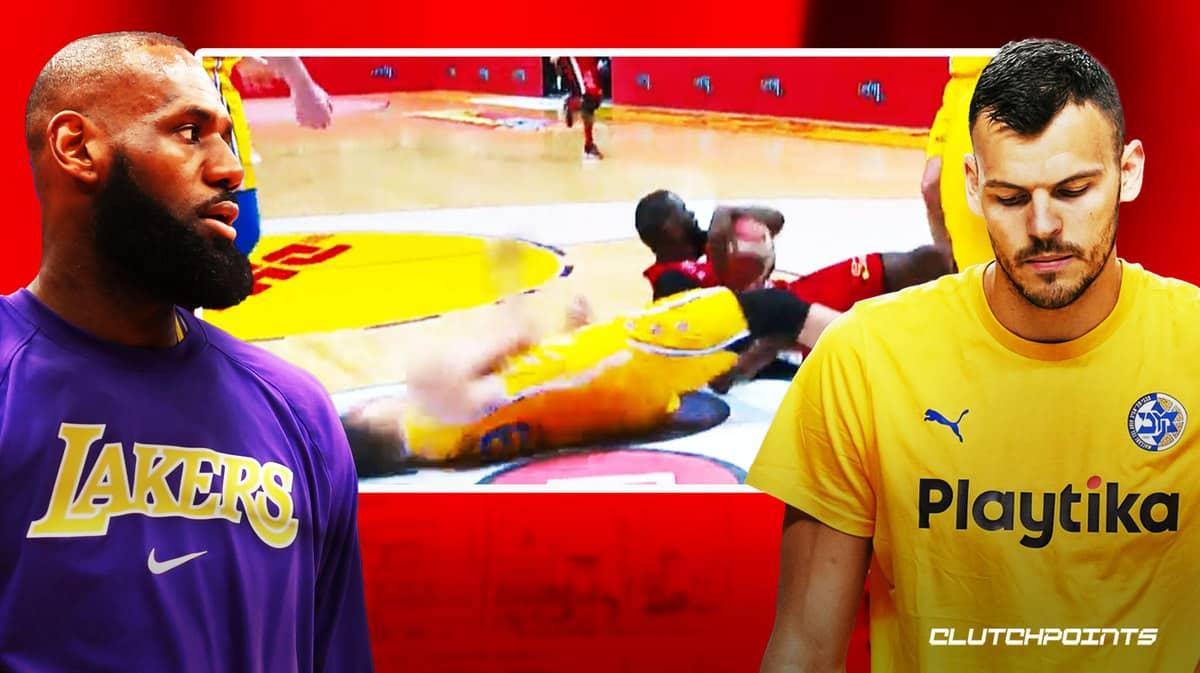 Former Cavs big man Ante Zizic was rushed to the hospital after a scary head injury during the final game of the Israeli Winner League on Monday. Zizic, who was part of the LeBron James-led squad that lost to the Golden State Warriors during the 2018 NBA Finals, lost consciousness during the game after hitting his head on the hardcourt.

You can see a clip of the incident here (the replay starts at the 2:48 mark).

The former Cavs big man is currently plying his trade in Israel as part of the Maccabi Playtika Tel Aviv squad. They were up against Hapoel B-Cure Laser Haifa on Monday and sadly, the game had to be delayed by around 20 minutes as Zizic received medical attention on the floor.

Zizic got hit in the face by the arm of his own teammate and this sent him crashing to the floor. He then hit his head hard on the court and he was unconscious for a significant period. Upon regaining consciousness, the ex-Cavs center had to be stretchered off.

According to a report by Johnny Askounis of EuroHoops.net, was rushed to the hospital for further testing. The 25-year-old, who was drafted by the Cavs as the 23rd overall pick in 2016, will remain in the hospital overnight for observation.