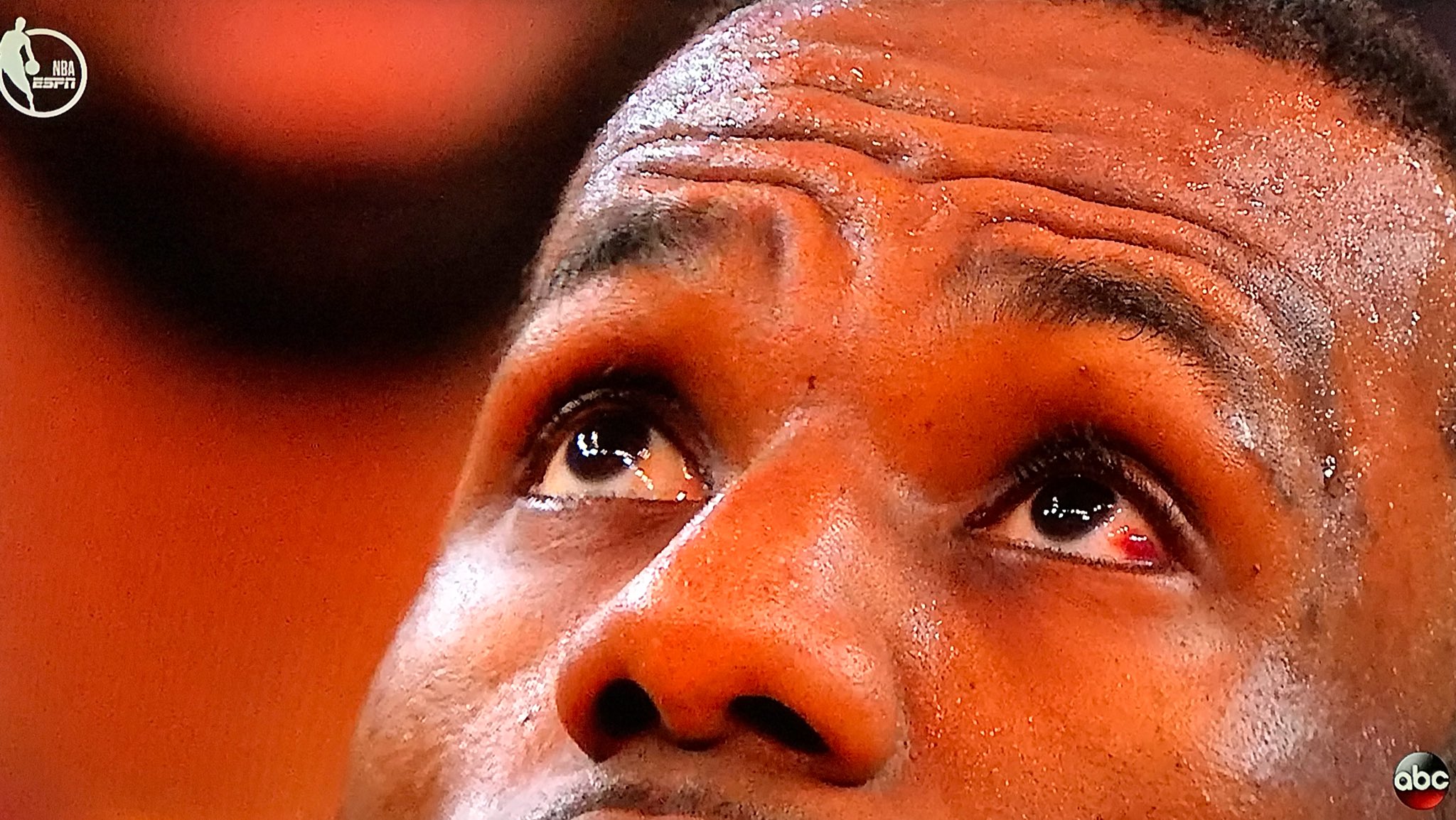 The Cleveland Cavaliers fell to the Golden State Warriors in Games 1 and 2 of the 2018 NBA Finals, and LeBron James may have caught the worst end of it all. Midway through Game 1, James was hit in the face thanks to Draymond Green’s rake of his face.

LeBron James hit in the face by Draymond Green. pic.twitter.com/kWyjbjBcMX

Green screamed and whined to the bench saying he didn’t foul James, and even went as far as to call him a “f***ing p***y.”

Draymond Green would like LeBron to know something pic.twitter.com/AlpKSXmmE2

Later in the game, cameras panned over to James’ eye, and you could clearly see the damage Green had done. the left side of James’ left eyeball was bloodied and clearly looked painful. After the game, James even told reporters that he had trouble seeing out of his eye after that play and was dealing with curry vision for basically the entire second half.

Bruh Draymond Green argued that he didn’t hit LeBron James in the face, but here’s LeBron’s eye at the end of the 3rd… #Cavs #Warriors pic.twitter.com/q4c82Cl7Oi

After the game, James had a chance to FaceTime his wife Savannah and daughter Zhuri. Once his daughter saw his eye though, James said she was ab it weirded out.

LeBron: "My daughter (Zhuri) don't like the way I look right now. She didn't like the FaceTime that we had earlier. She was a little weirded out about it, but I'll
be fine. Everything's good."

“My daughter (Zhuri) don’t like the way I look right now. She didn’t like the FaceTime that we had earlier. She was a little weirded out about it, but I’ll be fine. Everything’s good.”

James had to get antibiotics for his eye after the play, and everyone is hoping he can be as close to 100 percent as the Cavs prepare to host Game 3 of the NBA Finals in Cleveland on Wednesday night. JUST IN: Ref inbounded the ball for LeBron James and the Cavs
Related TopicsCavsLeBron James