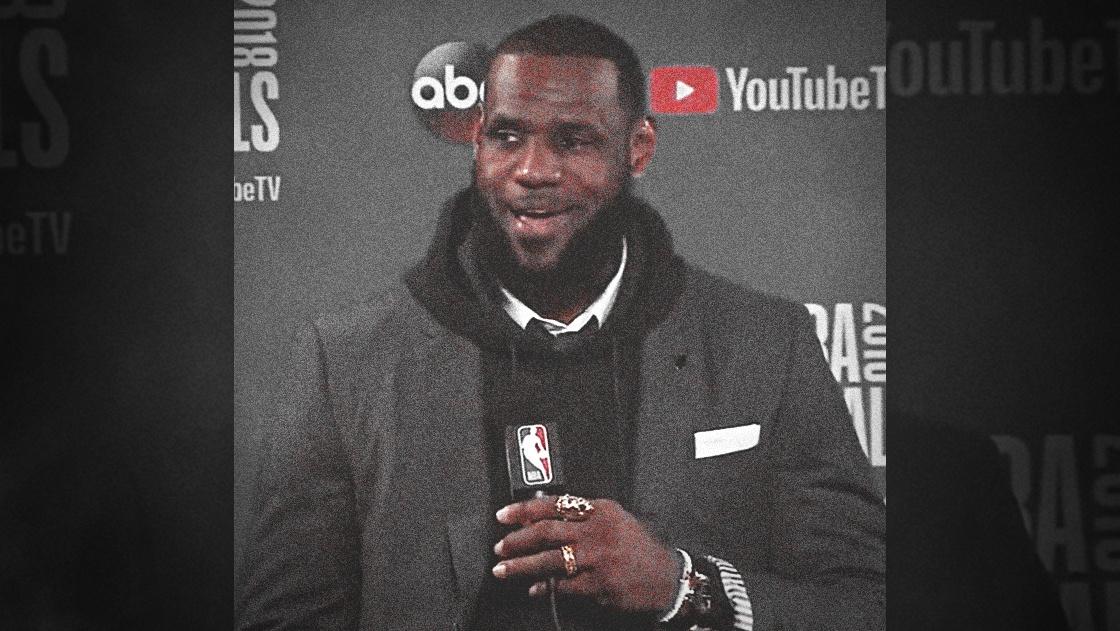 Game 1 of the 2017-18 NBA Finals was hard-fought, with the Golden State Warriors edging out the Cleveland Cavaliers in overtime, 124-114. There were several nervy moments for Cavs fans, including one incident before halftime when Draymond Green poked LeBron James in the eye.

With just over one minute remaining in the first half and the game tied at 53 points apiece, James made a driving attempt to the hoop. The King got by his primary defender, which left Green to help with defensive rotation. As James went up for the shot, Green rose to meet him with a hand to the face, resulting in a foul. James immediately went down in pain, and Green began to argue the call.

James went on to log 48 minutes in Game 1, scoring a whopping 51 points on 19-of-32 shooting from the field (3-of-7 from beyond the arc), eight assists, eight rebounds, one block, and one steal. James joins Michael Jordan as the only two players to score 50 or more in a Finals game since 1970.

LeBron James posts a historic stat line of 51 PTS, 8 REB, 8 AST for the @cavs in Game 1 of the #NBAFinals

Since 1970, only LeBron & Michael Jordan have scored more than 50+ points in a Finals game.#WhateverItTakespic.twitter.com/6DBC04JMWb

Following Game 2 (122-103 Warriors win), James was asked to comment on the condition of his bloodshot eye. He says it has “been better,” but he also noted that his daughter, Zhuri, thinks it’s a bit weird.

“The eye has looked a lot better,” James said. “My daughter doesn’t like the way I look right now. She didn’t like the face time that we had earlier. She was a little weirded out about it, but I’ll be fine. Everything is good.”

LeBron James' daughter did not like seeing his bloodied eye on Facetime 👀👑👨‍👧 pic.twitter.com/ZloFXnrerl

Wednesday’s Game 3 tilt is set to tip at 9:00 p.m. EST inside Quicken Loans Arena with ABC having live broadcast coverage. Let’s see if some home cooking will lead the Cavs to victory.