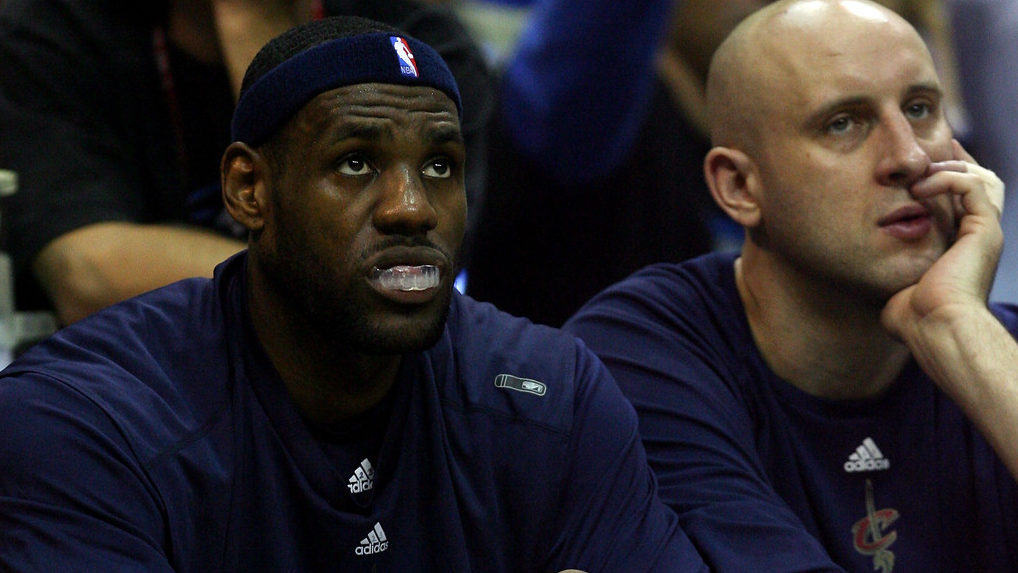 The Cleveland Cavaliers’ retired center Zydrunas Ilgauskas received an award today from his adoptive city. And LeBron James made sure everyone remembered how good he was, even comparing the big guy to Kristaps Porzingis.

One of the all-time great Cavaliers players, Ilgauskas was honored with the Lifetime Achievement Award at the 18th Greater Cleveland Sports Awards at the Renaissance Cleveland Hotel Downtown on Wednesday.

How is Ilgauskas similar to Porzingis?

Cavs Nation’s Nikki Goel quoted James as he was giving props to one of his all-time favorite teammates.

LeBron James congratulated Zydrunas Ilgauskas with the Greater Cleveland Lifetime Achievement Award. Remembers their pick-and-pop game, saying "You talk about all those guys like Porzingis, Z was doing it before."

The full interview was posted on ClevelandDotCom’s Twitter account where James shared some of his most treasured memories of Ilgauskas while also saying that he was a pioneer in terms of 7-footers taking and making three-pointers.

“We had a heck of a chemistry with our pick-and-pop. We talk about 7-footers shooting threes, we’re talking about that now, with guys like Porzingis, and all those guys, Z was doing it back when we played. You know he started to step out of his range, too, and hit some. I remember one of ‘em, he hit a big three in Sacramento in one of our road games from the right corner. That sealed the game for us”

LeBron James has pretty fond memories of Zydrunas Ilgauskas, who will be honored with the Lifetime Achievement Award tonight at the Cleveland Sports Awards. #Cavs pic.twitter.com/7CJi5ksWC1

LeBron James and  Zydrunas Ilgauskas were a terrific tandem during their first rodeo together from 2003 to 2010. As their pick-and-pop became one of their signature plays, Z took his game further out from the perimeter to the three-point line. The 7-foot-3 center made the shot one of the weapons in his arsenal, making him a threat from anywhere on the court.

Though not as mobile as Porzingis, the comparison with Ilgauskas’ three-point shooting is warranted. Both are unusually gifted shooters, something that is uncommon especially during the years predating this decade. 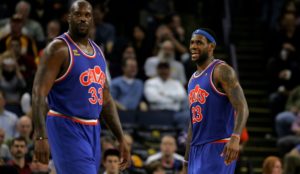