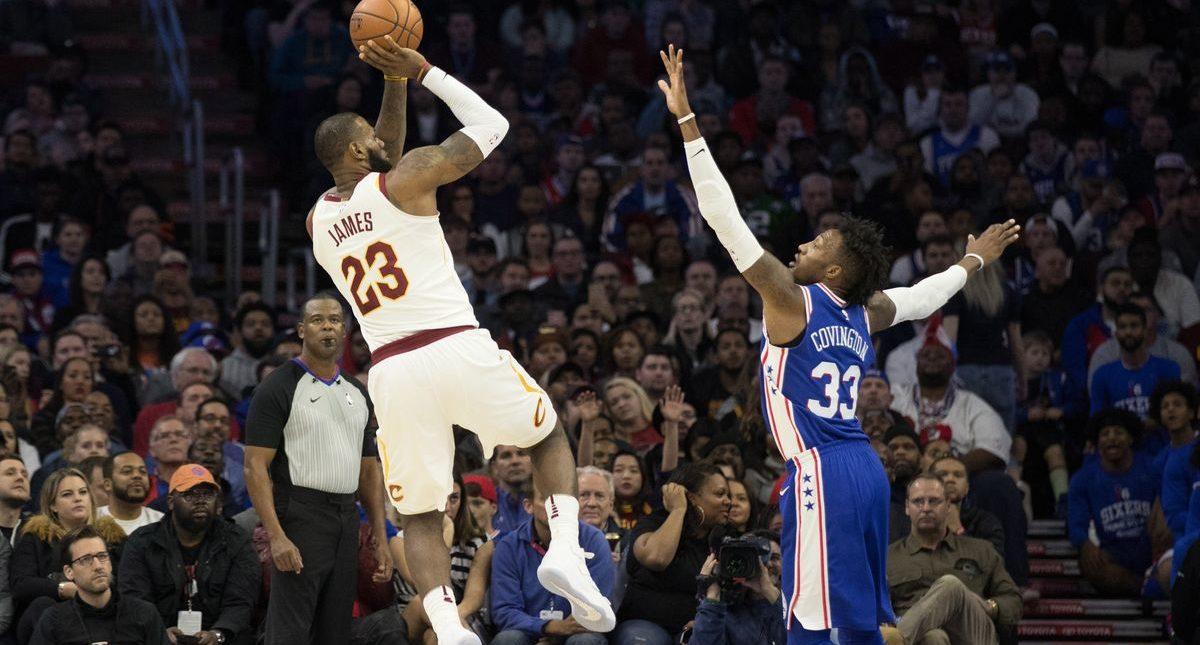 LeBron James just keeps getting better, even if it’s by accident.

The Cleveland Cavaliers star had an injured elbow over the summer, and experienced some swelling. To deal with it, he had to change his shooting motion a little.

Nowadays, the swelling is gone, but the shooting motion has stayed. And apparently, that has contributed to his stellar shooting this season, per Joe Vardon of Cleveland.com.

“I had to change my shot a little bit because of the restriction for my elbow, not allowing me to get the extension I was getting during the season because it flared up on me,” James said. “Once my elbow kind of started going down late in September I stuck with it. I stuck with it up until (now).”

James has shot 50 percent or better in 12 straight games, and in 23 of the 25 so far this season. No joke, those are Michael Jordan-type numbers.

James is probably the best player in the NBA today, and he continues to make the case that he may be the best that’s ever played in the history of the league. It’s his 15th season, and he’s playing his best basketball.

And even when he gets injured and to change his shot — something that is difficult for shooters to even think about doing — James still comes out ahead.