Cavs news: LeBron James calling Donald Trump a bum tweet has been his most retweeted 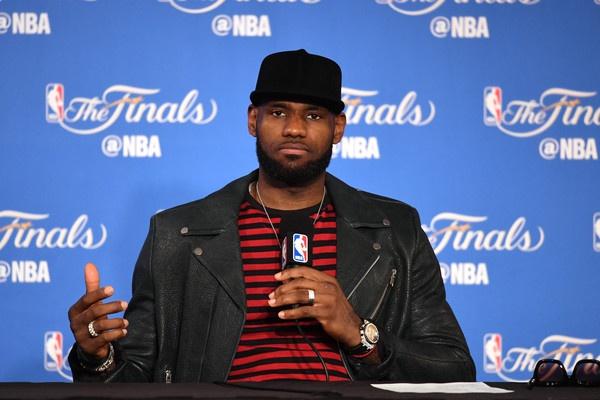 If we were to listen to every report out there, the 2017-2018 NBA season may be the final one for LeBron James in a Cleveland Cavaliers uniform. On Saturday, however, not a soul is discussing James future. Instead, they’re discussing his most viral tweet ever.

The three-time NBA champion has been perhaps one of the most vocal athletes about Donald Trump and the current political landscape. In the midst of Trump rescinding a White House invitation to Stephen Curry and the Golden State Warriors, James took to Twitter to once again criticize him.

According to Richard Deitsch of Sports Illustrated, James’ tweet has become one of his most popular.

Twitter Sports PR shot over a note: This is LeBron's most retweeted tweet by more than double. Previous high: https://t.co/LoAt99CN4Rhttps://t.co/5S92x0SvlK

This was James’ previously most popular tweet from February 2013:

James has not been shy about voicing his opinion on topics other than sports and it is clear where he stands on the issue regarding the Warriors’ decisions to not visit the White House. The volatile political landscape has prompted numerous athletes to use their platforms to share their opinions and James is one of the biggest stars to do so.

The NBA has proven to be the most progressive league in the United States with both players and staffs expressing their thoughts and feelings regarding politics. The way things stand now, expect more and more athletes to chime in on issues going on in the country.