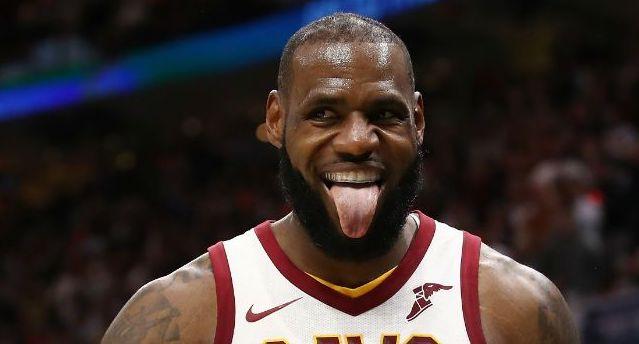 During a media availability in advance of tonight’s game between the 76ers and the Cleveland Cavaliers, James explained several facets of Embiid’s game, and even commented on his demeanor away from basketball, per Jessica Camerato of NBC Sports Philadelphia.

LeBron James on Joel Embiid: “He’s good. He’s very good. Very talented. Multidimensional, can shoot the ball from the outside, can get to the post, footwork, up and unders, plays with a lot of energy, and he’s funny too. Very funny. Very funny guy.”

James usually only saves praise for NBA players who really catch his eye, and apparently Embiid fits that description. The 76ers rookie has lit up the NBA so far this season, averaging 22.4 points, 11.2 rebounds and 3.4 assists, according to Basketball Reference.

But that’s not the only way Embiid has caught the attention of James, and by extension, the entire NBA. Embiid is arguably the MVP of Basketball Twitter, with his constant barbs to other players in the league. He recently posted a photo of him and Golden State Warriors forward Draymond Green after the 76ers lost to the Warriors, saying that he finally knew what it felt like to lose a lead. That was in reference the Warriors losing a 3-1 lead in the finals two years ago to the Cavs.

Now we know what it feels like to blow a big lead.. Gotta stay focused to get the job done. Great learning lesson and I also love playing against Draymond #TheProcesspic.twitter.com/hGGQN1SH73