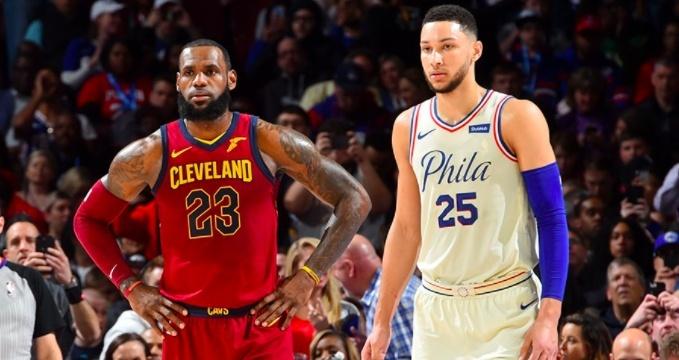 Cleveland Cavaliers forward LeBron James and Philadelphia 76ers guard Ben Simmons have so much in common. Both have an all-around mastery of the game that allows them to record, or at least flirt, with triple-doubles on a nightly basis.

In their Friday night matchup against one another, the two did not disappoint as they put on a marvelous one-on-one battle to highlight a classic and cardiac duel between two Eastern Conference beasts that are in the thick of playoff positioning.

After the game, Simmons posted a photo on Instagram acknowledging the matchup between the “Fresh Prince” and “King James.” Rightfully so, the four-time MVP reciprocated the mention.

It’s common knowledge that these two players hold a close relationship dating back from Simmons’ high school days. When he entered the NBA, the Sixers sensation joined James’ sports agency, Klutch Sports. Since then, the bond between James and Simmons have only grown stronger.

Interestingly, James won the Rookie of the Year award after a tight two-man race with Carmelo Anthony in the 2003-04 season. Simmons is experiencing a similar thing with Utah Jazz guard Donovan Mitchell, another dangerous offensive force.