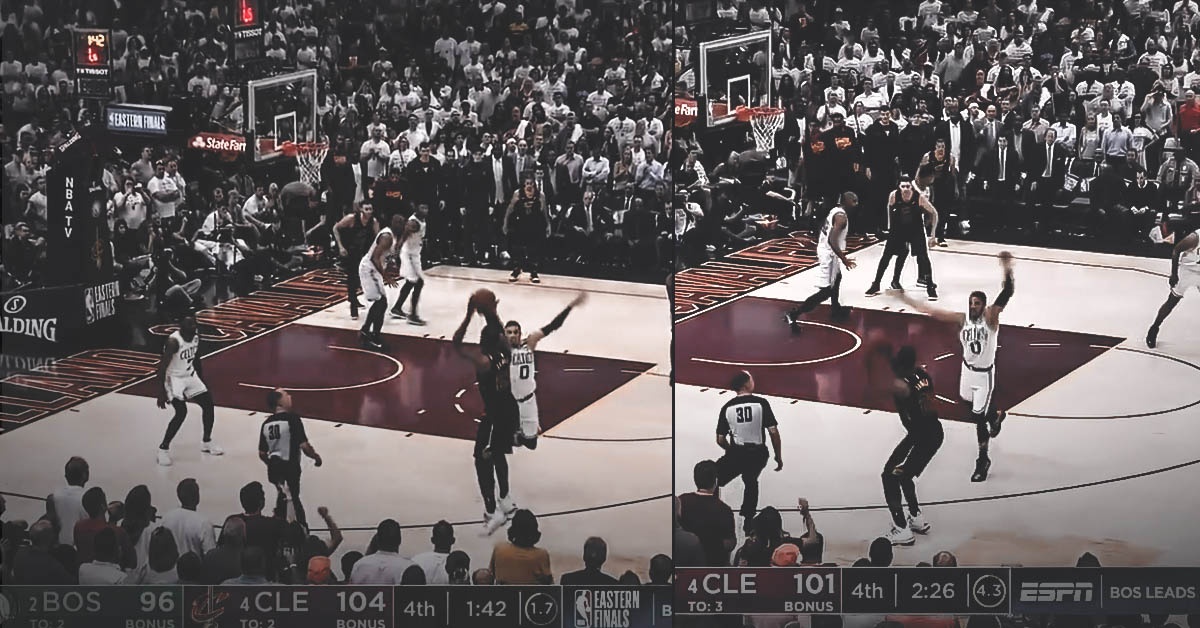 If the Boston Celtics had any hope left that they could pull off a come-from-behind victory in Game 6 of the Eastern Conference finals in Cleveland Friday night, LeBron James ripped it from their hands and burned it in front of them when he unloaded a pair of backbreaking 3-pointers in the fourth quarter to snuff out a Boston uprising.

The Cavs entered the final frame owning a 10-point lead and at one point during the third had erected a 16-point advantage. However, the gritty Celtics team managed to cut that deficit down to seven points and were still within striking distance of a win with only under three minutes left in the game – or until LeBron James decided to torch them with this sick step-back jumper from long distance.

The Celtics would answer right back with a Jayson Tatum two-pointer on the other end of the floor, but then James went back to work shortly thereafter by burying yet another 3-pointer from almost the same spot and against the same defender in Tatum.

James would finish the contest with a monster production of 46 points on 17-for-33 shooting from the field with five 3-pointers, 11 rebounds, and nine assists, which becomes even more fantastic when considering the fact that Kevin Love played in only five minutes due to a concussion.

In a game in which James was desperately needed by the Cavs to step up, The King delivered an unforgettable performance.

Game 7 of the series is on Sunday at TD Garden in Boston. 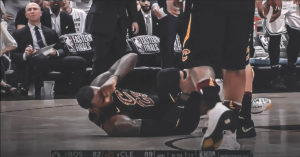