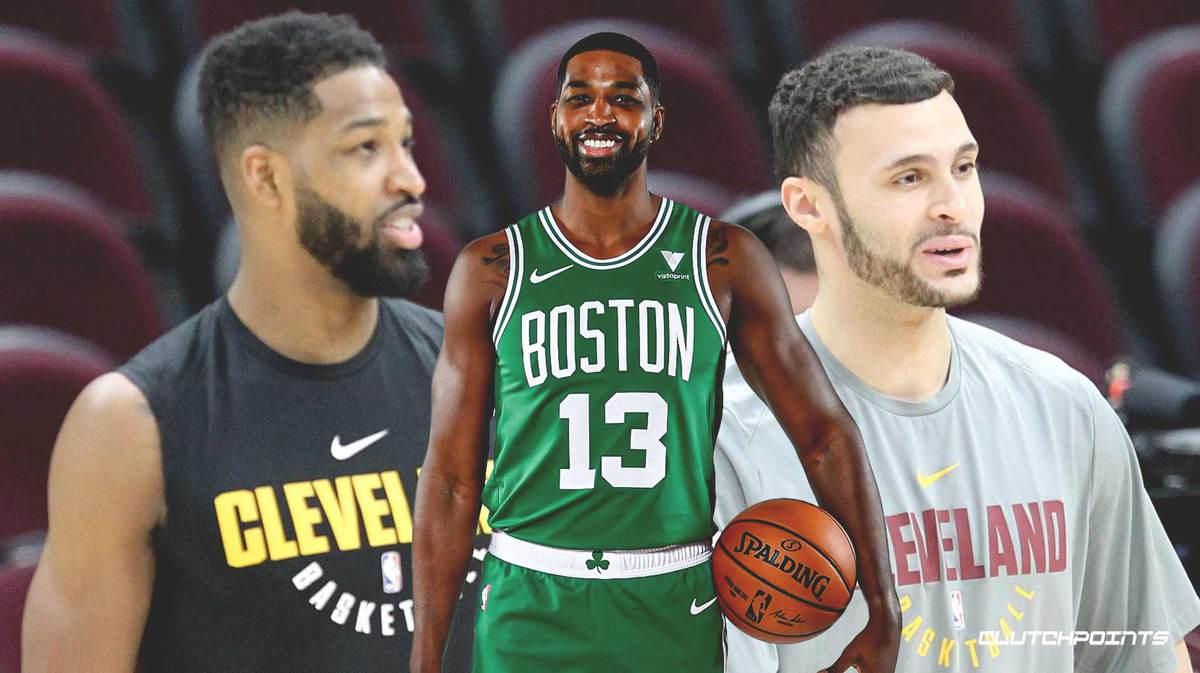 The Cleveland Cavaliers will be squaring off with the Boston Celtics on Sunday night, making it the first game the Cavs will face Tristan Thompson in a different jersey.

Ahead of Sunday’s matchup between the Cavs and Celtics, Larry Nance Jr. shared his desire to put Thompson on a poster during the game with Chris Fedor of cleveland.com:

“The Instagram picture won’t look as great with me blocking his shot,” Nance said with a wry smile. “But if I dunk on him, I’m tagging him in the picture. I’ll make sure he sees it. It’s all fun and games. He’d be saying the same thing to me. When you’re not wearing these colors, you’re the enemy, at least for one night.”

Following Nance’s comments, Thompson shared his own plan to avoid being dunked on by the Cavs big man:

“Know exactly what kind of dunk he wants to do – one hand, big hand, old school Larry Nance Sr. dunk. I’m going to meet him early. Not taking a charge. Going to put my forearm in his chest”

Nance was acquired by the Cavs in a trade with the Los Angeles Lakers during the 2017-2018 season. Provided that, before Thompson inked a deal with the Celtics this past offseason, Nance and Thompson spent a little over two seasons together in Cleveland.

During their time together on the Cavs, it’s evident that Thompson and Nance had a close relationship on and off the court. Thompson still has a relationship with a lot of his former teammates. But when both of them take the floor on Sunday, they will be enemies trying to help their respective teams win.

In his first game against his former Cavs teammate, Nance plans on trying to dunk on Thompson if he’s given the opportunity. On the other hand, Thompson already has a ploy in place to ensure that he doesn’t become a social media sensation for being dunked on.

Cleveland is trying to move to 9-7 with a win, which would give them a better record than Boston.