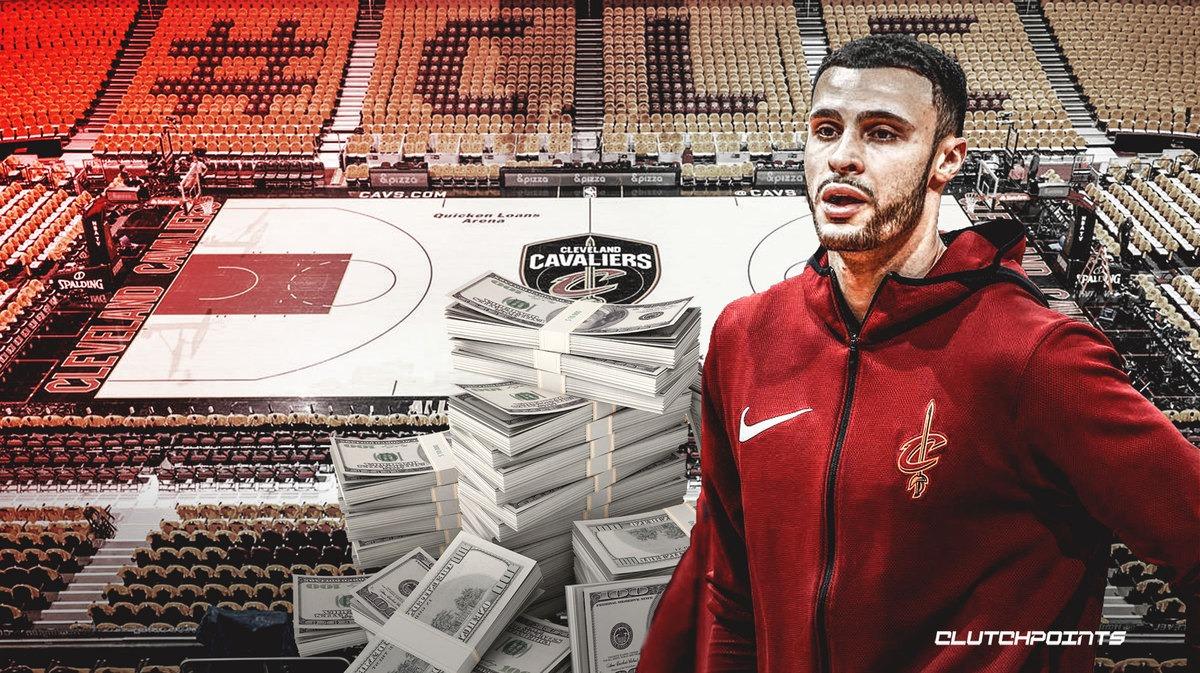 As part of an offseason-focused article for ESPN, Zach Lowe suggested that Cleveland Cavaliers forward Larry Nance Jr. could be among the players to hear their names in trade rumors ahead of the 2020-21 NBA season. Lowe’s remarks about the Cavs talent were brief, listing him among several other viable trade targets that teams might be interested in.

“This is why you hear Larry Nance Jr.’s name a lot across the league — in addition to the big names in Oklahoma City (Paul, Gallinari, and Dennis Schroder),” Lowe wrote in his piece for ESPN. “Schroder would draw strong interest, sources say.”

After catching wind of Lowe’s report, Nance decided to send out a series of tweets in response. By the looks of his memes and comments, the Akron native would prefer to stay with his hometown Cavs:

Lol oh I learned the first time.. just trying to have a little fun with it 😂

Lol imma be kicking and screaming 😂😂😂😂😂

For Cavs fans, it would be tough to see Nance Jr. go, as he’s become a fan-favorite in the post-LeBron James era. Though the team has struggled since The King’s departure, Nance has maintained his loyalty. And beyond that, he’s actually become a vocal leader for a roster that is comprised of several talented young players.

Tristan Thompson not satisfied with current offer from Cleveland

Like their fans, the Cavs value Nance quite a bit. That means it would take a lot for the team to even consider such a deal. Most of his statistical numbers have improved with each passing season, and he is primed to be Tristan Thompson’s successor. For the 2019-20 campaign, the 27-year-old turned in averages of 10.1 points on 53.1 percent shooting from the field (an improved 35.2 percent from downtown), 7.3 rebounds and 2.2 assists.

At 19-46, the Cavs finished with the worst mark in the Eastern Conference last season. As a result, they were one of eight teams left off the invitation list for the restart of the 2019-20 campaign inside the NBA’s bubble complex. Unfortunately, it was the second consecutive season in which the Cavs were only able to muster 19 wins.

Clearly, Nance is content with staying in Cleveland. Let’s see if the Cavs feel the same way.